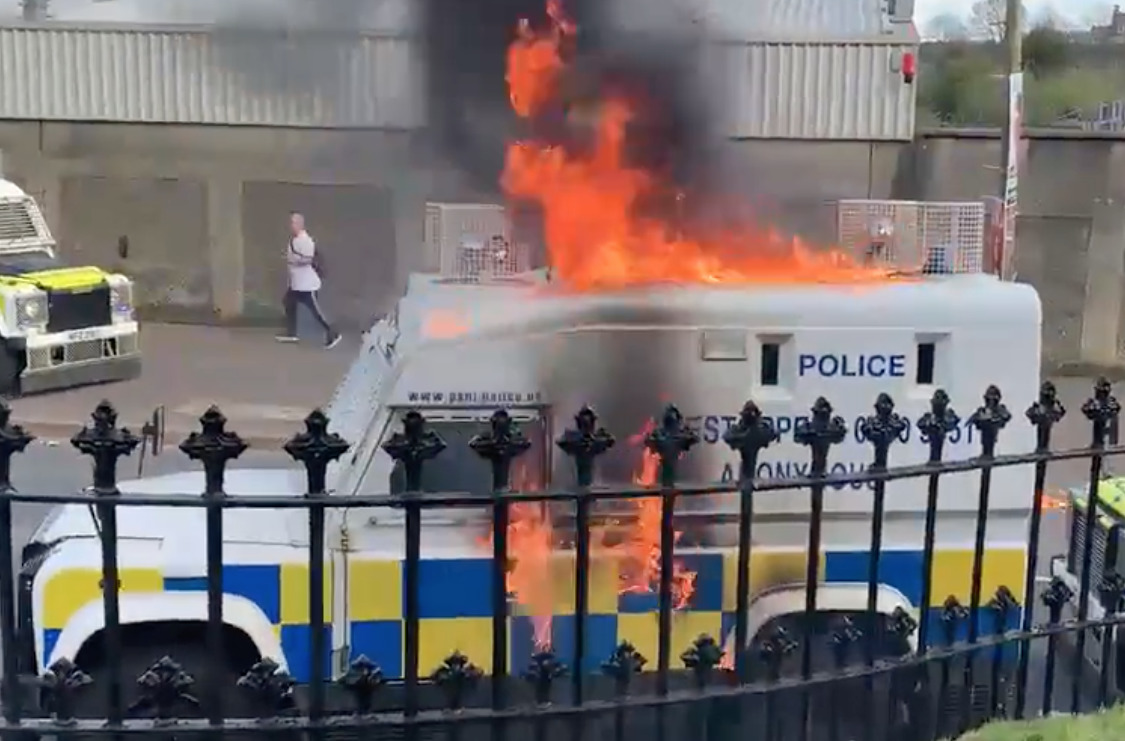 Officers were trapped inside their vehicles during the march to commemorate the 1916 Easter Rising.

MOLOTOV cocktails were thrown at police officers trapped inside their vehicles on Monday, April 18 as protestors took part in a march in Derry, Northern Ireland to commemorate the 1916 Easter Rising. However, the event also coincided with the anniversary of the death of Lyra McKee.

Videos circulating online show people throwing flaming weapons at police Land Rovers while others filmed the attack on their phones.

According to the Belfast Telegraph, six people were arrested as a result of the incident.

Videos show the vehicles trying to escape and avoid being hit by the firebombs while the protestors took aim and even lit up the grass around them after missing the police vans.

The Easter Rising, which is also known as the Easter Rebellion, was an armed insurrection in Ireland during Easter Week in April 1916.

As noted by the MP, the violence erupted on the 3 year anniversary of the death of journalist Lyra McKee, who was fatally shot during rioting in the Creggan area of Derry.

Eastwood tweeted before the incident: “It’s hard to believe it’s 3 years since Lyra McKee was killed. Her legacy has had a long lasting effect on all of us committed to peace on this island and galvanised our community against bigotry and hate. Thinking of Sara, Lyra’s family, friends and all who knew her today (April 18).”

However, speaking about the attacks that ensued during the march, the Foyle MP said the people of Derry will “totally and utterly reject this stuff and the people carrying it out”.

“They have no support whatsoever. The idea these people thought this was a good idea on the third anniversary of Lyra McKee’s murder is really revolting,” Mr Eastwood said via Twitter.

The people of Derry are standing with Lyra McKee's family today. We'll not be dragged back by this nonsense. https://t.co/0ffiWR5qE5