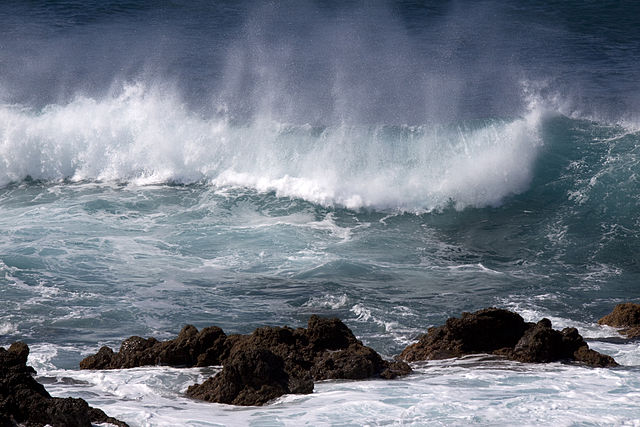 The meteorological bureau in Spain AEMET, has issued yellow weather warnings for large parts of Spain with wind, rain and snow on high ground.

Yellow warnings have been issued for strong winds of up to force 8 from 2pm Tuesday April 19th, which will continue through Wednesday and into Thursday. Waves of up to three metres can be expected along the beaches.

The winds, which could reach speeds 60 and 75 km/h, will be accompanied on Wednesday by accumulated rain of up to 20mms. Snow accumulations are also expected on high ground above 1,000m.

The rain and snowfalls are expected to clear by Thursday but coastal conditions will remain stormy with winds of up to 60 km/h and waves of three metres.

Rain and thunderstorms are expected along the Valencian coast from early evening on Tuesday April 19th, continuing into Wednesday.

On Wednesday snow can be expected on high ground above 1,000 metres along with rain accumulations of up to 20mm.

The weather is expected to clear and return to normal by Thursday.

The weather in Catalonia is expected to bring wind, rain and snow on high ground on Wednesday, with the weather clearing on Thursday.

Large swathes of the interior inland of Valencia and Catalonia will experience similar conditions with strong winds, rain and snow on the high ground. The weather in these areas is expected to clear by Thursday.

Strong winds and waves of up to 75 km/h are expected on Tuesday and Wednesday, clearing on Thursday.

The majority of Spain will see temperatures fall sharply as the wind, rain and snow move in. Tuesday, Wednesday and Thursday could see most of the interior struggle to reach double figures with coastal regions experiencing single digit temperatures overnight. During the day temperatures along the cost should reach the mid-teens, warming up from the south on Thursday.

So for this week it is a case of more rain, wind and snow before temperatures begin to warm up.