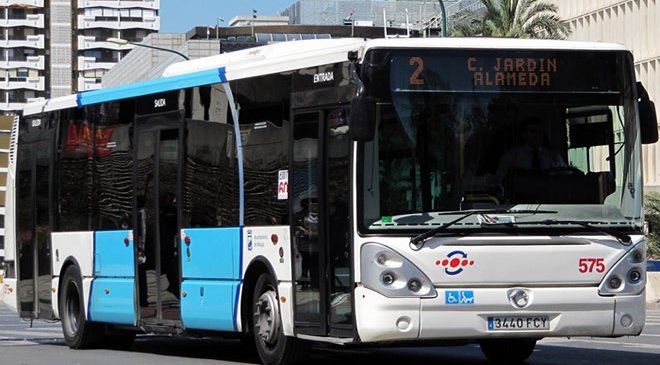 Prosecutors in Malaga have today, Tuesday, April 19, requested a prison sentence of six years and five months for a man who hijacked an EMT bus. He stands accused of a continuous crime of threats, robbery with violence, and against road safety for driving without a permit.

The incident occurred on April 9, when the accused boarded the bus at the stop on Avenida La Palmilla. According to the accusatory letter from the prosecutor, to which EFE has had access, he allegedly threatened the driver by banging on the methacrylate partition with a machete.

At this moment, there were 20 passengers travelling on the bus, who reportedly took refuge at the rear of the vehicle. The defendant then allegedly insisted that the driver took him to Sevilla.

Various callers alerted the emergency services, to which patrols from the National and Local Police responded. They intercepted the bus and were able to board and apprehend the man.

In his brief, the prosecutor detailed that prior to entering the bus, the defendant was involved in an incident with a taxi driver. Brandishing the same machete, the man got into a taxi at around 11:30am and allegedly threatened to kill the driver. In the process, he apparently broke the vehicle dashboard and seat upholstery.

He subsequently snathed the car keys and drove the taxi until he collided with another vehicle at a set of traffic lights. It was at this point that he exited the stolen taxi and boarded the Empresa Malagueña de Transportes (EMT) bus.

It was highlighted by the prosecutor that the defendant drove the vehicle with the knowledge that he did not possess a valid driving licence. Judicial sources indicated that a trial has been set for April 18, 2023, in Malaga’s Criminal Court No5 of Malaga. The public ministry has asked that the owners of the affected cars and buses be compensated in line with civil liability, as reported by malagahoy.es.