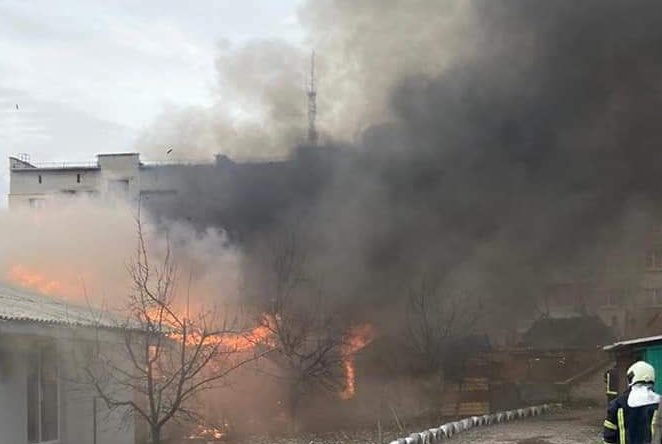 It is believed to be the first city captured during renewed Russian offence.

KREMINNA, the small eastern city of Ukraine, has been seized by Russian forces, according to reports on Tuesday, April 19. The city is located 62 miles southeast of the capital Kyiv.

According to Serhiy Haidai, the head of the Luhansk Regional Military Administration, Ukrainian troops have withdrawn from the city, which is home to more than 18,000 people. He also said that at least four civilians had been killed during a renewed attack on the city.

The regional governor also confirmed that Ukrainian troops had withdrawn from the city and conceded that the city had fallen.

Gaidai also reiterated that four civilians had died when Russian airstrikes hit their car as they tried to flee the city late on Sunday, April 17/ early April 18.

The military administration of Luhansk reported on Monday, April 18 early that Russian forces had upped their attacks on eastern cities of Ukraine.

“We can report that the offensive has already started,” the regional military administration said in a statement at the time, adding that fighting had taken place in the streets of Kreminna and that the evacuation of civilians was “impossible.”

Although it is believed that Kreminna is the first Ukrainian city to be under control by Russian forces during the latest round of attacks, previously the strategic city of Kherson had been seized on March 1.

Following the loss of Kherson to Putin’s troops, Chernobyl Nuclear Power Plant, which was the scene of one of the worst nuclear disasters in history, which occurred on April 26, 1986, was also later revealed to have fallen to Russia.