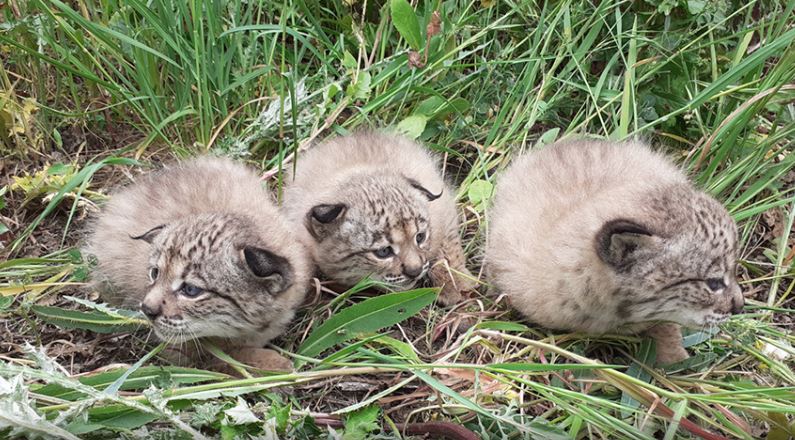 Success as a gorgeous lynx cub is adopted at Andalucia’s La Olivilla breeding centre in Jaen.

A female lynx at the Junta de Andalucia’s La Olivilla breeding centre has successfully taken in an abandoned cub. This increases the chances of the cub successfully being released into the wild at a future date.

Jandra had only just given birth to two cubs when she heard a tiny, wailing from inside an “adoption box.” The cub had been abandoned by its mother so had been brought to the centre in the hopes that she would take it in with her new litter. Jandra now has three gorgeous cubs to look after.

On April 16, the Junta de Andalucia commented: “In this case, the adoption has been a success, so much so that when Jandra moved, she took the three of them with her as if they were all blood brothers.

“The adopted cub comes from the Granadilla breeding centre in Cáceres (Extremadura). His mother, days after giving birth, ended up abandoning him for unknown reasons.”

The expert explained that if a cub continues to be bottle-fed: “this makes it more difficult for it to be released in the countryside because it would have too many bonds with people”.

According to the Junta de Andalucia: “This has been a special year at the captive breeding centre located near the town of Santa Elena, in Jaen.

“This year it has been a female from La Olivilla that has opened the breeding season in the five centres that are spread throughout the Iberian Peninsula, something unusual as the first cubs are usually born in the complexes located further west.”

Five different females at the La Olivilla captive breeding centre have given birth to 13 Iberian cubs so far this season.

The Regional Minister of Agriculture, Livestock, Fisheries and Sustainable Development, Carmen Crespo highlighted “the crucial role played by the breeding centres in the objective of recovering an emblematic species for Andalucia”.

She added: “Since La Olivilla opened its doors, 129 Iberian lynxes have been bred in these facilities, of which 70 have been released into the wild.”