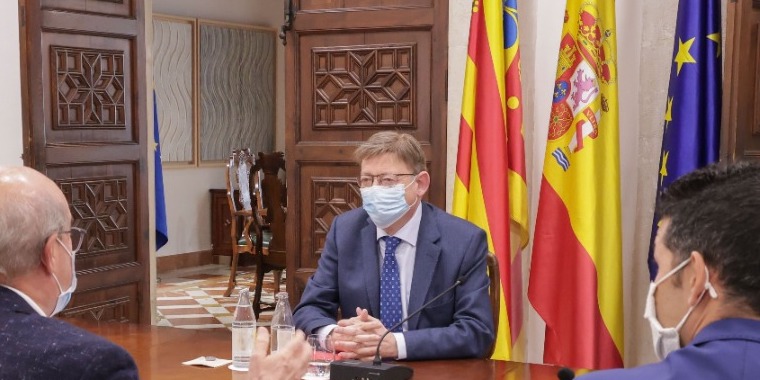 The measure is set to be scrapped from Wednesday, April 20.

VALENCIAN Community President Ximo Puig has reiterated his government’s stance on masks indoors, the mandatory rule that is set to be scrapped from Wednesday, April 20. The president has stated throughout the pandemic that it is important to listen and follow the advice of the experts.

Speaking on April 19, the president of the Generalitat said that despite not being mandatory as of April 20, masks should continue to be worn indoors in places where many people gather and in closed spaces where there is no ventilation.

Previously when the news broke that the mandatory rule was set to be scrapped, Puig reiterated his stance, which he has held throughout the pandemic, that he will wait for the experts and act accordingly if the data favours the community. This opinion has also always been supported by the Valencian Community’s minister of health, Ana Barceló, who said at the time that the community would adopt what the experts say.

The stance of the Valencian president is something that has been supported by the Junta de Andalucia.

Speaking on Monday, April 18, Catalina Garcia, the Deputy Minister of Health and Families, reiterated the Junta de Andalucia’s stance on the removal of masks.

Garcia said: “Removing a mask indoors, which is precisely where there may be more infections, can be a problem, and we had proposed that the removal of the mask is carried out in a gradual, not definitive way”.

Speaking about the official publication of the rules, which is set for the April 20 edition of the Official State Gazette (BOE), she added that the Andalucian government would wait “to see how it is written, and in the end, what it affects, with the objective of being able to adopt recommendations. Because we will.”

However, Puig also said he was enthusiastic about the decision, describing it as “extraordinarily positive”.

The 63-year-old told Spanish media outlets on April 19 that the decision from the Council of Ministers is “one more milestone” as the country begins to “normalise” after the pandemic.