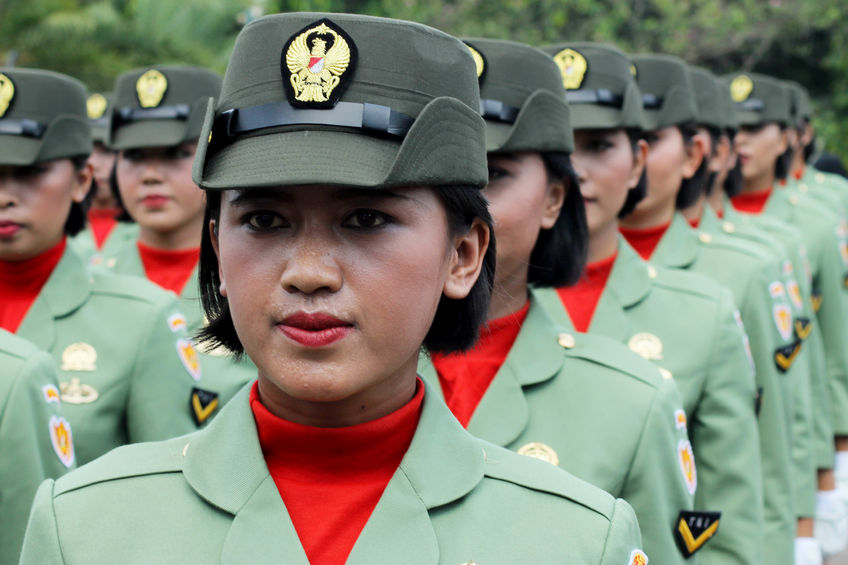 The abusive virginity tests that have long been a part of military life in Indonesia finally come to an end as an armed forces spokesperson announces that they will no longer be part of the recruitment process.

Maj. Gen. Sudirman announced the change during the week of April 16th, saying that all three branches of the armed forces had effectively ended the practice.

Nearly a year in the making, then Army Chief General Andika Perkas announced in June 2021 that virginity tests should no longer form part of the recruitment process and that they should only be assessed on their ability to take part in physical training.

He also ordered that the fiancées of male officers who applied for permission to get married no longer needed to get a medical check, including a “virginity test.”

Despite the order “virginity tests” were still the rule with the Navy and possibly the Air Force were unwilling to follow the Army’s ban. This only changed after President Joko Widodo promoted Perkasa to commander overseeing all three forces in November.

A form of gender violence that is degrading at best, virginity testing included the invasive practice of an official inserting two fingers into the vagina to supposedly assess whether the woman has previously had sex.

That practice was dismissed by the World Health Organisation in 2014 when it said that there was absolutely no scientific validity to the test, this after Human Rights Watch  first exposed the use of “virginity tests” by Indonesian security forces.

Despite protestations from woman all over the country and representations from Human Rights Watch and the WHO, the government failed to effectively stop the practice by the military even though the Ministry of Home Affairs and the National Police did.

Human Rights Watch has called on the Indonesian government to investigate the decades of abuse, ensuring that those who harmed by the practice are looked after and cared for as well as making sure it never happens again.

As yet the government have yet to respond to the call, however woman across Indonesia are ecstatic with the news that the abusive virginity tests are no more.

Originally from South Africa, Peter is based on the Costa Blanca and is a web reporter for the Euro Weekly News covering international and Spanish national news. Got a news story you want to share? Then get in touch at [email protected]klynews.com.