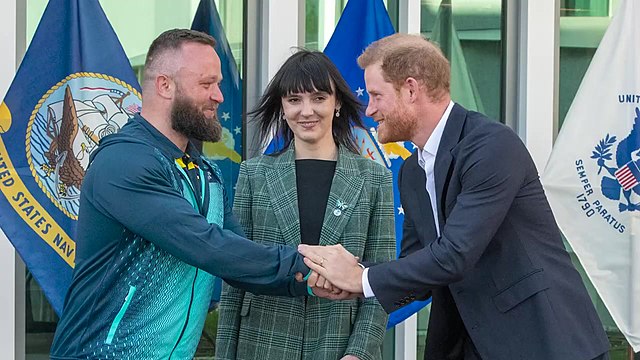 Prince Harry who is currently at the Invictus Games in The Hague told reporters on Tuesday April 19th, how proud he is was when baby Lilibet took her first steps.

Speaking about the joys of being a parent, the Duke of Sussex said that the 10 month old: “is trying to keep up with Archie.

“Her current priorities are trying to keep up with her brother; she took her first step just a few days ago.”

Referring to the joy of being involved in the Invictus Games he said he”can’t wait” to take his children Lilibet and Archie to future games and that his son, who turns three in May, wants to follow in his footsteps to become a helicopter pilot.

He said: “I showed him how some were missing legs and explained that some had invisible injuries, too.

“Not because he asked, but because I wanted to tell him. Kids understand so much, and to see it through his eyes was amazing because it’s so unfiltered and honest.”

He continued saying: “When I talk to my son Archie about what he wants to be when he grows up, some days it’s an astronaut, other days it’s a pilot, a helicopter pilot obviously, or Kwazii from Octonauts,’ referring to a daredevil cat from a children’s cartoon.

“But what I remind him is that no matter what you want to be when you grow up, it’s your character that matters most, and nothing would make his mum and me prouder than to see him have the character of what we see before us today”.

Harry confirmed that he had taken the time to talk to Archie about the games and what it meant, saying he is as proud of the event as he is of baby Lilibet who took her first steps.