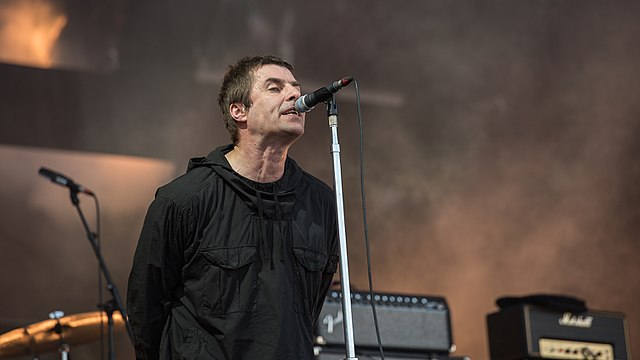 The former Oasis frontman, renowned for his bad boy behaviour, has revealed that he has osteoarthritis and needs a double hip replacement.

Liam Gallagher, who is now 49, is dealing with the problem in the same way he did most of his career by saying he would rather “be in pain” than undergo surgery. Diagnosed three years ago, he says that we would rather use a wheelchair that go through with the operation medical professionals have told him he needs.

No longer able to run given the damage running does to your hips, Gallagher says that he has to use “herbal” sleeping tablets to get some rest.

Liam Gallagher has revealed he needs a double hip replacement because of his arthritis – but would rather “be in pain” than undergo the surgery.

Describing the problem in his usual manner he told MoJo magazine: “My hips are f***ed, I’ve got arthritis, bad.

“I went to get it checked out and my bones are mashed up. The lady was going, ‘Oh, you might need a hip operation, a replacement.'”

Bizarrely Gallagher doesn’t want the operation not because he is scared, but rather because he is worried about the stigma that he believes that comes with having a hip replacement.

He said: “I think I’d rather just be in pain. Which is ridiculous, obviously. I know that. Just get them fixed. But it’s the stigma, saying you’ve had your hips replaced. What’s next?”

Making light of the issue he joked that his fiancée Debbie Gwyther could care for him saying: “F*** off. I’m not going to crisp it having my hip cracked, thank you.

“I’d rather be in a wheelchair, with Debbie pushing me around, like Little Britain.”

Describing what every person who suffers from the condition says, he added: “When the weather’s cold, my hips are like snap, crackle and pop. I need warmth.

“I can’t sleep at night for the pain. Tossing and turning. So I’m on herbal sleeping tablets and they’ve saved my life. One of them, seven hours out, no pain, nothing.

“My new thing is Deep Heat. Caked myself in it on the knees and hips, the calves, then into the steam room for as long as I can handle it.”

Gallagher who suffers from Hashimoto’s disease, a thyroid problem that affected his singing voice added: “I don’t mind a little pain. Keeps you on your toes. Pain is OK. I’m definitely on the downwards slide, though. Oh yes. My eyes are f***ed, my hips are f***ed, got the old thyroid. But we’re all going to die, aren’t we? Or are we already dead?

“I’m not afraid of death, whatever it is. Why should you be? It’s going to happen anyway. It’s being afraid of being born.

“I’m going to just keep doing what I do until I die. Or I’m reborn and turn into a wasp. Or a butterfly. Or turn into a packet of Scampi f***ing Fries.”