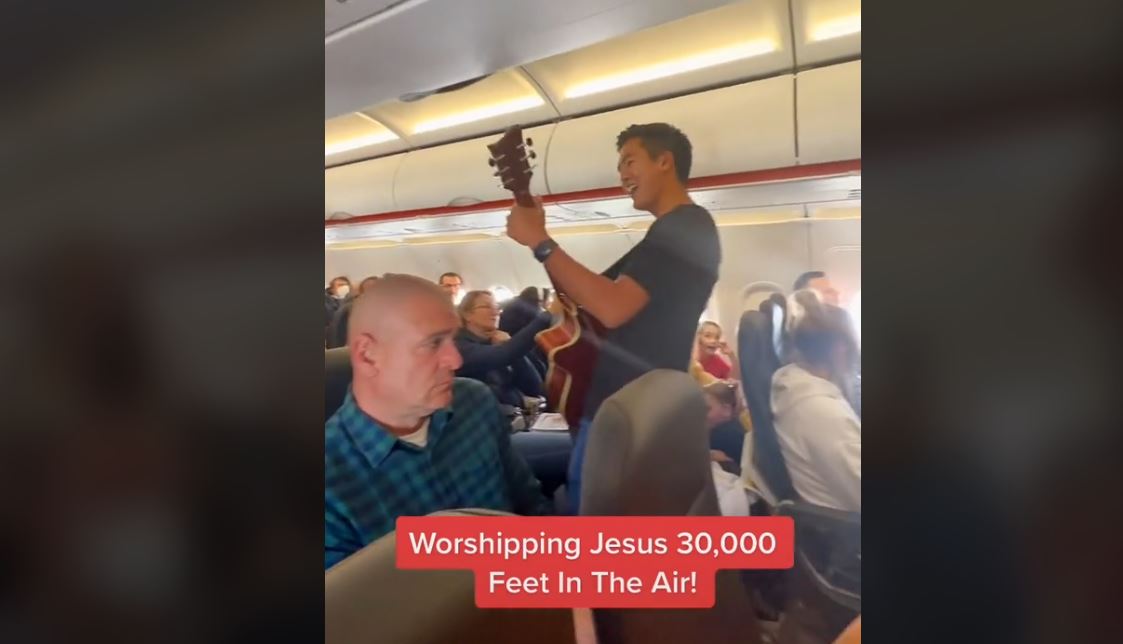 Christian gospel flashmob on Easyjet plane, pray for Ukraine say singers. The impromptu concert was not to everyone’s taste though.

A viral clip has left the Internet divided after an impromptu hymnal concert happened on an easyJet flight, as reported by The NZ Herald on Wednesday, April 20.

Musician Jonathan Neo was caught on film playing his acoustic guitar during the flight. Video of the unsuspecting passengers watching the concert has gone viral on social media. Neo was joined in a rendition of “How Great is our God” by other singers on the plane.

The clip went viral on TikTok and was titled “We are taking this flight over for Jesus!”

The viral video quickly gained plenty of comments. The group has been accused of “hijacking” the passenger’s attention and one person even said that someone looked like they were ready to jump out of the plane in the clip.

One viewer stated: “Blue shirt guy is two seconds away from jumping out of the plane.”

Another person added: “As a person of faith, I implore you: Don’t do this … This kind of thing just turns people off.”

Jack Jensz Junior had shared the viral video and later on he commented: “Our team had been in Ukraine since the second day of the war,

“On this flight we had our team and went up to the air hosts and asked them if we could share a song with the passengers.”

He revealed that the flight crew had given permission for the impromptu performance and said: “I wanted to do a response video to show exactly what happened on the plane.”

He went on to add: “People were crying and visibly moved.”