€15,000 raised for Ukraine at Puente Romano´s spectacular Concert for Peace 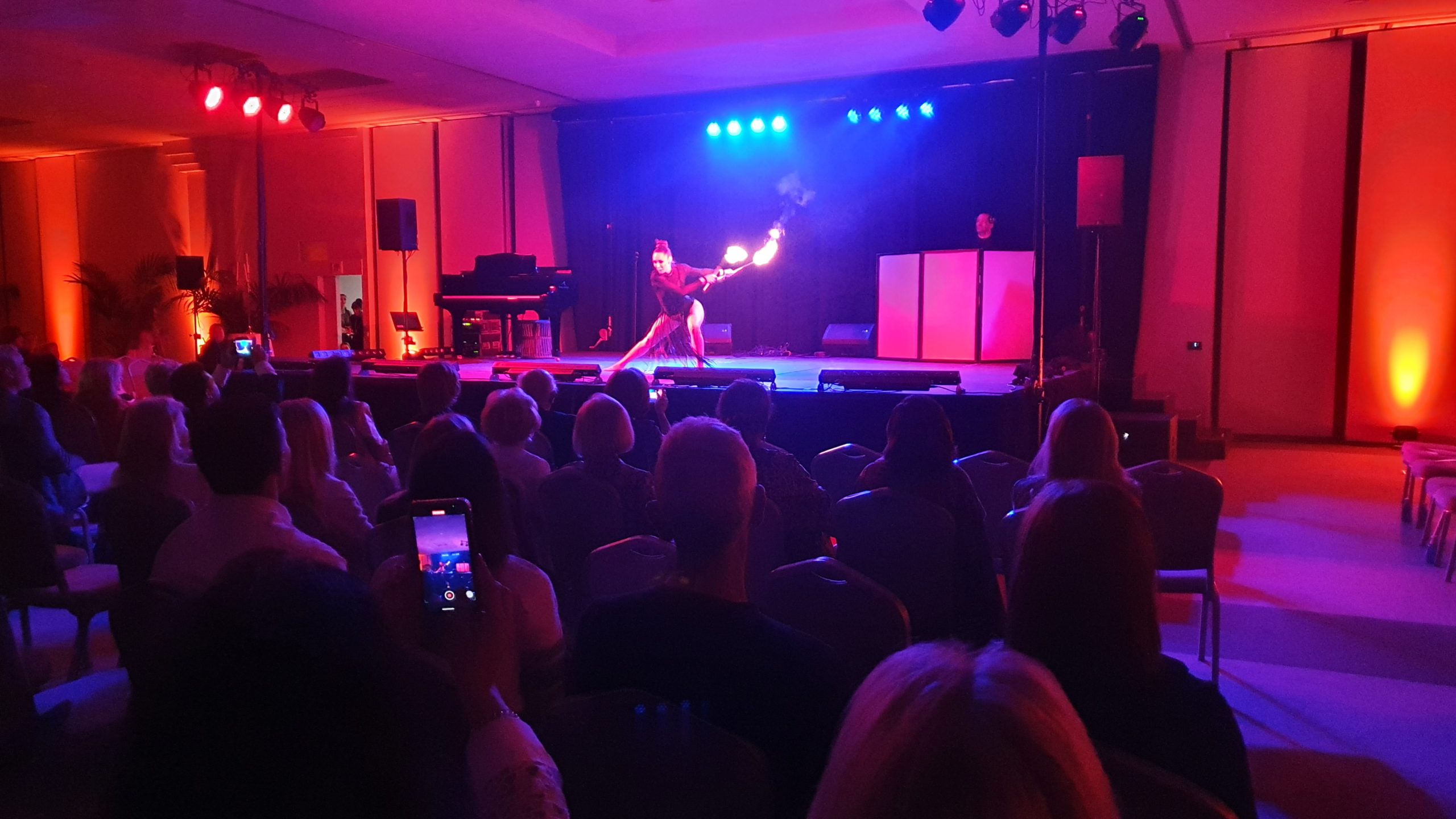 A GLITTERING concert for Ukraine at Puente Romano on Tuesday, April 19 raised an amazing €15,000, with around 300 tickets to the event sold.

Taking place in the resort´s stunning Salon Andalucia, Puente Romano´s Concert for Peace brought together more than 20 artists from five countries around the world, all to raise funds to help repatriate displaced refugees from Ukraine. 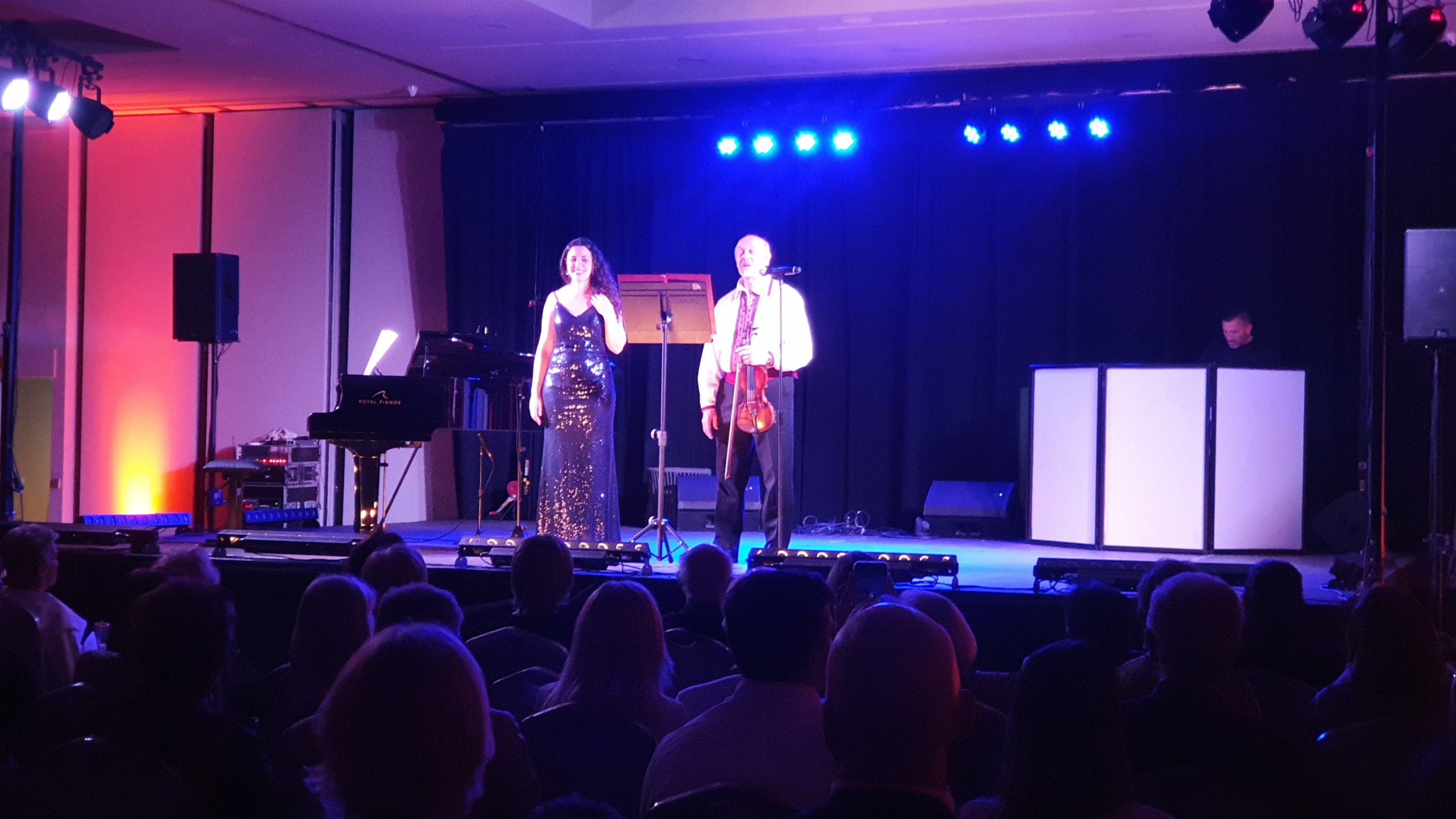 Karle explained: “This concert will be helping refugees with a celebration of music and dance.

“We have brought together international artists from around the world, including Poland, Russia, Ukraine, the UK, and Spain.”

The evening of music and entertainment was inaugurated by Polish violinist Piotr Cegielski, who had flown in from Warsaw especially for the event.

Born in Ukraine, Piotr is the first violinist at the Warsaw Philharmonic Orchestra and played a moving suite of classical songs accompanied by Malaga-based pianist Maria Marquez Torres. 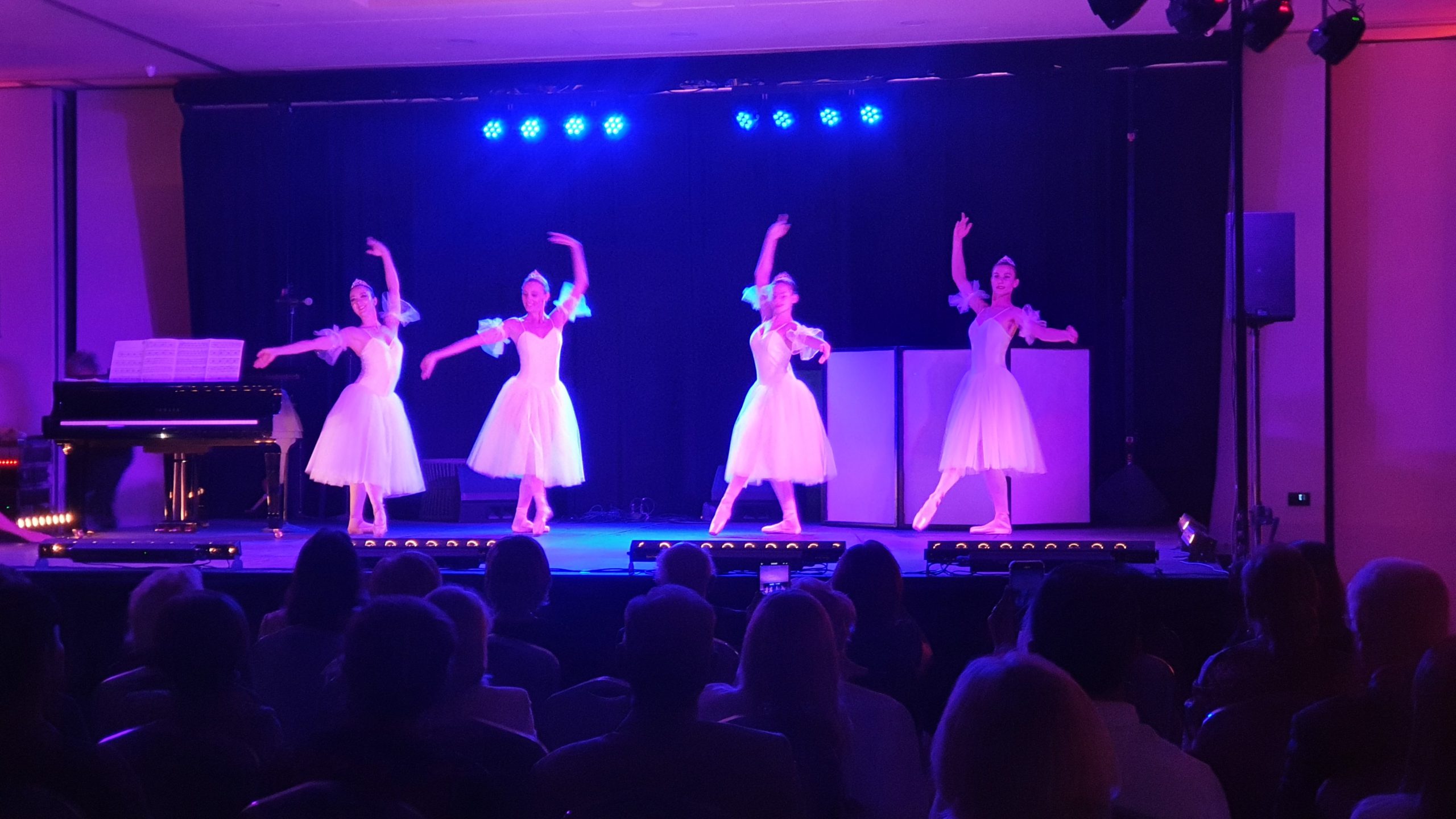 Performing a graceful ballet, the troupe danced to the Waltz of the Flowers from the Nutcracker before one member was later joined on stage by members of junior ballet group Dance Stars.

Adorned with fluffy halos, the mini ballerinas performed to Robbie Williams´ Angels to the delight of the audience. 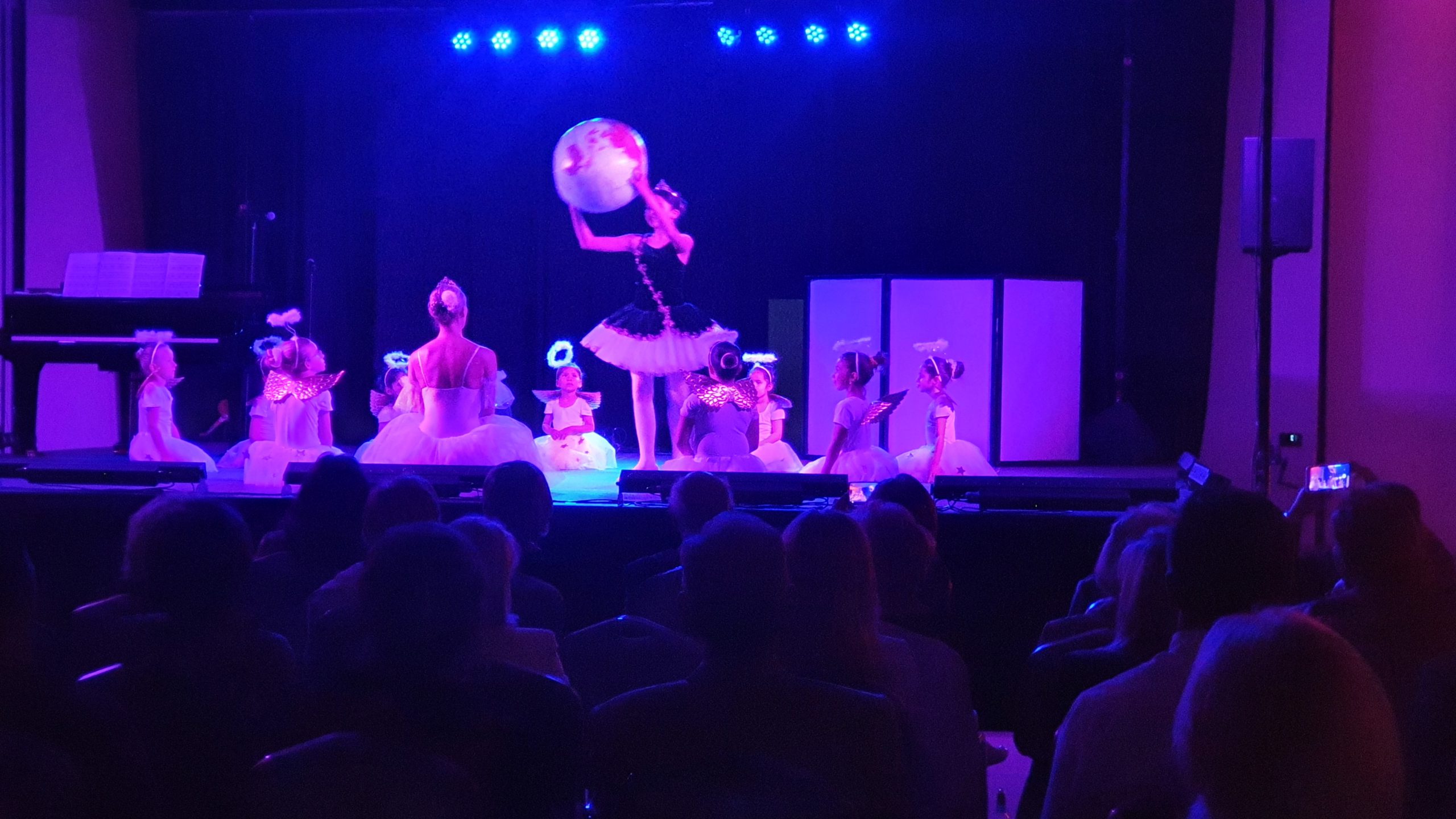 In an interval after the acts, guests enjoyed hotdogs at a high-end food truck which had been stationed outside the concert room, while speaking to some of the show´s artists. 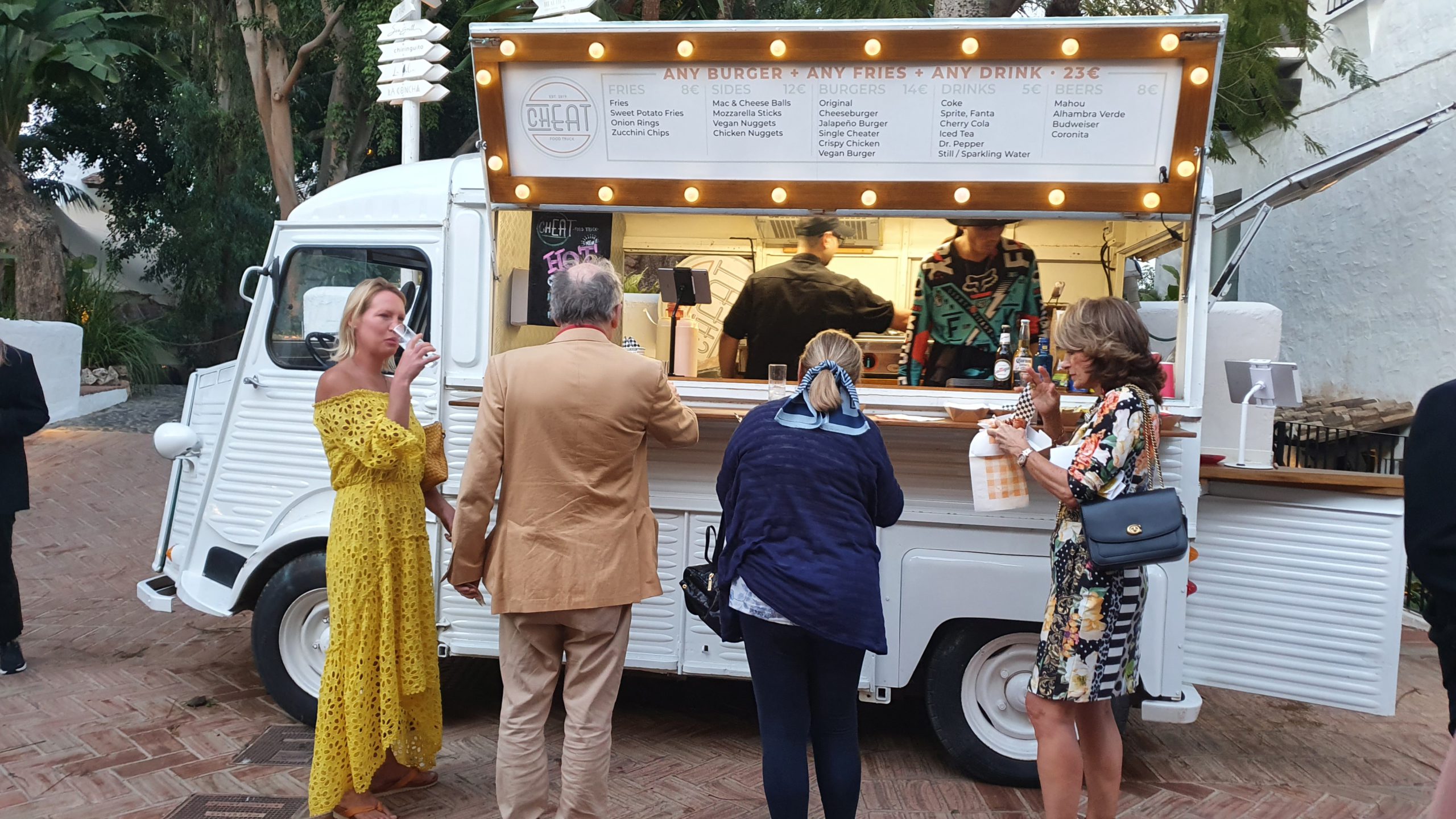 “I´m half eastern European and for me peace is vital so it is important to support this.”

Count Rudy Shoenbuerg also spoke to the EWN and said: “The artists are very good and it is lovely to see people supporting this cause.” 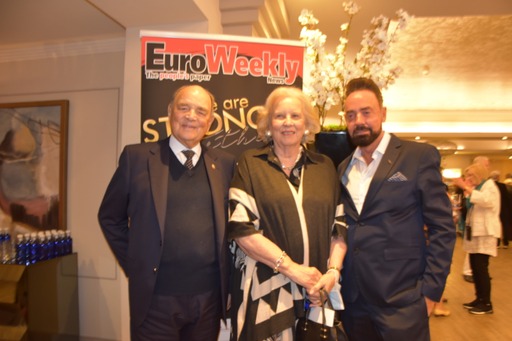 Puente Romano´s John Tomson added more about the event.  He told the EWN: “The evening is all about bringing awareness.

“Many of the audience and performers are Ukrainian and Russian.  It is fantastic that the community has come together for this and the team at Puente Romano have been working hard behind the scenes ahead of this.”

In a second half, the Concert for Peace hosted one of its star performers, Darina Galitskaya, the young Ukrainian popstar forced to flee her home country following the war. In 2015, as a 9-year-old, Darina completed in The Voice Kids Ukraine and came runner up.

On February 23 this year, Darina and her family were woken at their home in Kharkiv, Ukraine by the sounds of explosions following the invasion of the Russian army.

The whole family, along with their pet dog, were forced to flee Ukraine, first to Moldova and then into Romania, before making their way through Germany and France to Spain.

Now settled in Spain, 17-year-old Darina sang Adele´s When we Were Young and later a Ukrainian song at the Concert for Peace, before speaking about the importance of maintaining hope even in these difficult times.

Following Darina was a performance by singer Victor Romanov as well as Vera Lukash, before guitar duo Andres Sanchez and Pepe Ortega amazed guests with a soaring Spanish guitar rendition accompanied by a dazzling light show.

Later, Ukrainian acrobats Duo Nika also wowed with a gravity-defying display of strength before dancers Royal Shows got the audience dancing to some up-tempo classics. The show was closed with a rendition of Imagine by singer Mark Andrew Edmundson before the performers gathered on stage to an emotional applause from the audience.

Ticket sales from the around 300 sold brought the total amount raised to €15,000, with the money going towards helping to repatriate more Ukrainian refugees to Spain.

John Thomson told the Euro Weekly News that the Rotary Club and Marbella council have been organising the repatriation scheme and have so far brought 60 people to the Costa del Sol from Ukraine.

Speaking to the Euro Weekly News about the event, opera singer Klaudya TS from Malaga, said: “We are here for the refugees of Ukraine who need everyone’s support.

“We have to do everything to support the people of Ukraine.” Pianist Maria Marquez Torres also spoke to the EWN about the event and getting violinist Piotr Cegielski in from Poland to perform.

She said: “I lived in Warsaw for seven years and began working with Piotr there.

“We feel very close to Ukraine.  He was born there and we have a lot of friends in the country.

“We talked with the Asociacion Amigos de la Musica de Marbella and wanted to arrange a concert to help support Ukraine.”