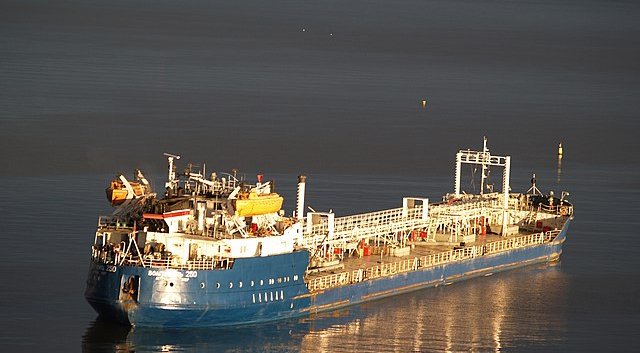 German Foreign Minister Annalena Baerbocksaid today Wednesday April 20th, that the country will stop importing Russian oil by the end of the year.

“We will halve oil by the summer and will be at 0 by the end of the year, and then gas will follow, in a joint European roadmap, because our joint exit, the complete exit of the European Union, is our common strength.”

On Tuesday April 20th, news site Bloomberg said that Russian oil shipments had dropped 25 percent in the week commencing April 8th, in comparison to the week before.

According to the report the economic consequences of the war is starting to be felt as more and more countries move away from using Russian supplies, resulting in the 25 percent fall in shipments.

Now seven weeks into the invasion, the country shipped 3.12 million barrels of crude oil. According to vessel-tracking data and port agent reports 30 tankers loaded about 21.8 million barrels from all four Russian export terminals that week.

The Bloomberg report said: “At current rates of crude oil export duty, the week’s shipments will have earned the Kremlin about $181 million (166 million euros); that’s $60 million (55 million euros) less than the previous week.”

Ships looking to beat sanctions are known to turn transponders off and in the process avoid detection, which means that figures can be misleading. Shipping schedules can also be responsible for the fluctuation in volumes with tankers not always leaving on the same day or at the same time.

Russian President Vladimir Putin has vowed to find alternate markets for the country’s exports, effectively to replace those countries that have implemented sanctions. A number of countries including those on the Indian sub-continent and China have been willing buyers, however it is believed that some of the prices paid are at a discount.

Although the value of oil exports is low relative to those of gas Russian oil shipments, the 25 percent drop in a week will have impacted on the country’s cash flows and its ability to balance its books.