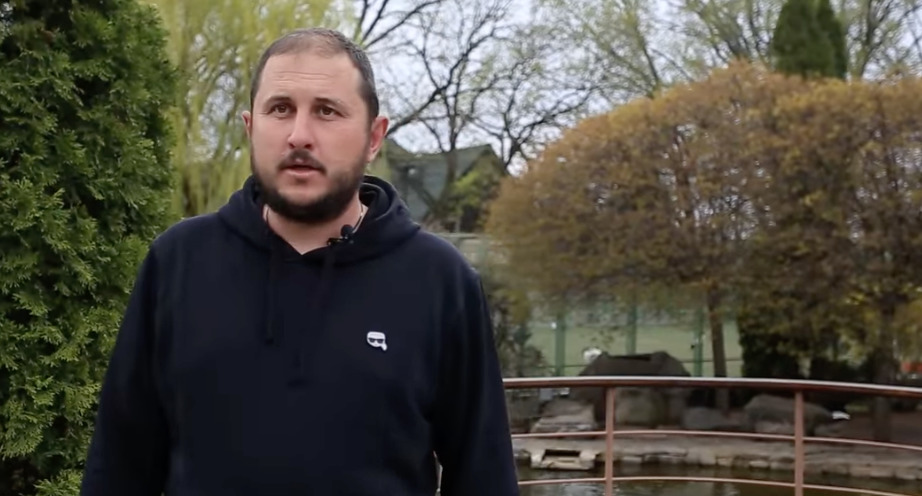 The zoo has been subjected to prolonged Russian attacks since the start of the invasion of Ukraine.

UKRAINE CRISIS – Two people have been found dead at Kharkiv zoo following heavy Russian shelling, according to a video statement from the park on Tuesday, April 19.

According to the Feldman Ecopark zoo, the two employees were shot dead by Russian soldiers after going missing in March.

The video explained that the zookeepers had stayed in the city to care for the animals but sadly their dead bodies were found barricaded in a room.

A statement from the zoo read: “War brings bad news. We have received confirmation that two of our employees who went missing in early March have died. When the war started, they stayed in the Eco Park and helped feed the animals. When we came to Ecopark on March 7, we did not find them there.

“We searched for them for a long time, connected law enforcement officers, until the last time we hoped that something irreparable didn’t happen and they were able to survive. But yesterday we received confirmation that their bodies have been found. Our children were shot by enemies, and their bodies were barricaded in the basement,” the statement said.

It added: “In loving memory of these beautiful brave men, sincere condolences to their family and friends. We believe that non-humans who committed this will surely be punished!”

“They gave their lives to protect the animals. Such a heartbreaking loss for you and for the world. I hope these inhuman monsters leave your country soon. And hopefully karma will find the ones who did this. Stay strong,” one person wrote.

Another said: “I am so saddened and sorry to hear about this. All of this is so unnecessary. I just can’t imagine how anyone could do this to other people and animals and to be able to live with themselves. It’s pure evil. May these beautiful souls Rest In Peace. Keeping everyone and their families in my prayers.”

Another person wrote: “God bless you! I am so sorry! You are angels in disguise! God bless Ukraine-the people, the animals, and all those trying to help!”

Since the start of the war in Ukraine, the deaths of three other staff members at the zoo have been reported.

Multiple reports suggest that many animals at the zoo, including two orangutans and a chimpanzee, have also been killed in Russian shelling attacks. Wolves are also among the list of animals said to have escaped the zoo during the chaos of war.

However, another video released by the Feldman Ecopark zoo at the end of March showed the successful evacuation of 10 kangaroos.

The video was released on Instagram with the caption: “Rescue of animals from the territory of the Ecopark continues! These kangaroos were taken out the day before yesterday, that is, now they are already safe.

“This is very nice, because their enclosures, unfortunately, were repeatedly shelled. We believe that now they will be fine! Many thanks to volunteers and employees who take risks to save animals, as well as to our many friends – caring people, businesses and NGO’s who help us financially and make our rescue operations possible. Your support truly saves lives!”