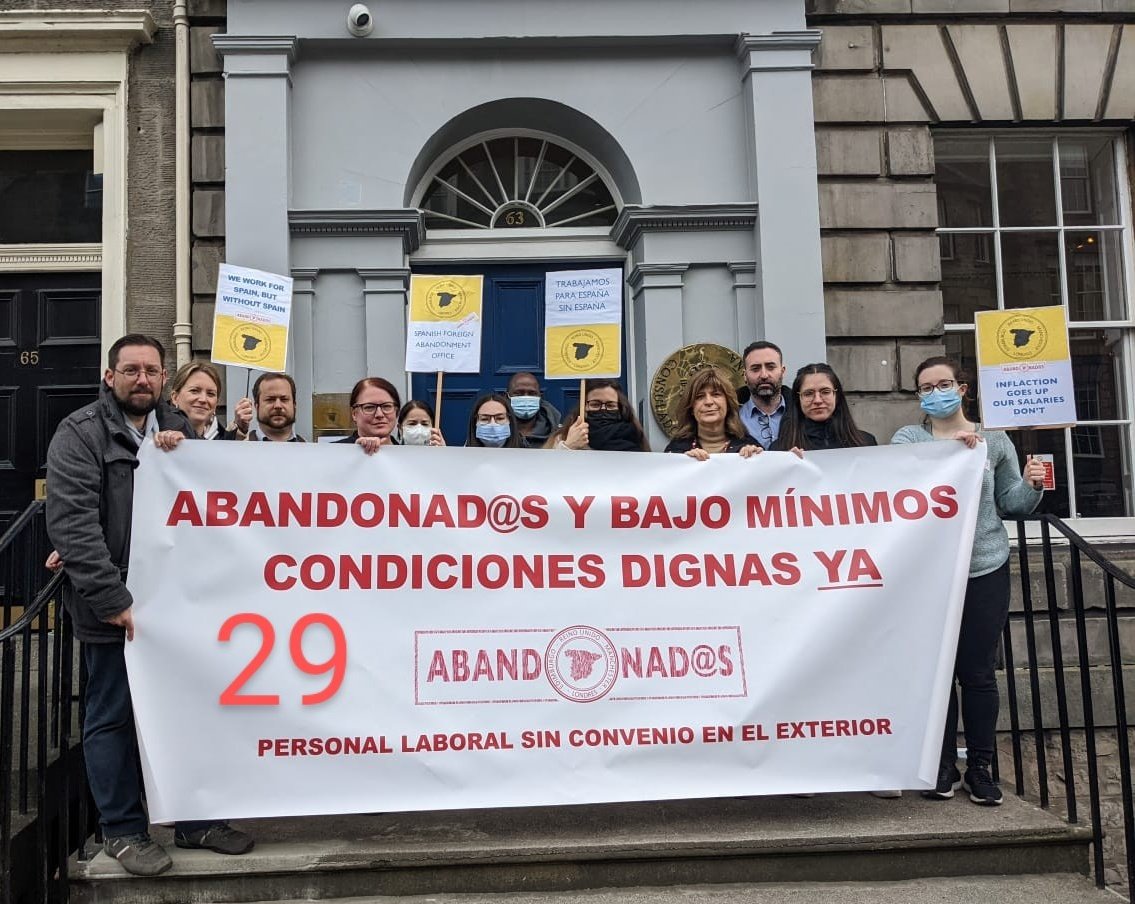 "Our salary is not enough to live on" say Spanish embassy staff in the UK after a month of strike action Credit: Twitter @PlexReinoUnido

Spanish Embassy workers in the UK have been on strike for over a month due to the rising cost of living.

Spanish embassy and consulate staff in the UK have been on indefinite strike for more than a month. The trade union CSIF has written a letter to the foreign minister, José Manuel Albares, claiming that many of them have abandoned their jobs at the consulates and Embassy and gone to work in supermarkets or fast food outlets. Recently, they have also taken their case to the European Parliament, in a petition protesting against the “extreme job insecurity in which they find themselves and the failure of the Spanish administration to comply with several principles and rights”, according to reports by Elmundo.

The situation affects 143 workers distributed among the country’s Embassy and consulates, who attend to the 176,000 registered Spaniards in the UK, although it is estimated that the figure is as high as 300,000 Spaniards.

The workers are calling for a direct wage rise and an improvement in working conditions because, unlike diplomats and civil servants, they do not have an agreement with the Spanish Government, despite the fact that they represent 90% of the workers in Spain’s Foreign Service. “The salary is not enough to live on and there are salary imbalances between new and older workers”. Workers’ salaries are currently around 20,000 pounds a year (23,969 euros) before taxes and social security payments in the UK, while the average salary in the country is around 32,000 pounds (38,402 euros).

The Spanish Embassy in London had a total of 97 Spanish employees, a figure that has plummeted to 21 this year. According to a worker at the legation, “people are leaving because they can’t take it any more”. In addition, he claims that one of his colleagues “has had to take holiday to have an operation” and another “has had to return to work after suffering a heart attack”, because when they take sick leave, their salary is completely withdrawn.