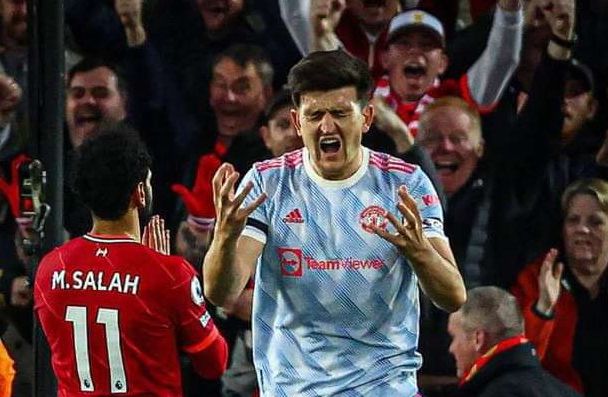 The England defender, who lives with fiancee Fern Hawkins and their two daughters in the Cheshire mansion, received the threat via email that claimed a bomb would be planted at the home of the 29-year-old, as reported by The Sun

According to the Metro, police are taking the threat extremely seriously and sniffer dogs had been sent to the player’s home.

The suspected threat against the United skipper comes after he put in a ‘horror’ show against Premier League title-chasers and rivals, Liverpool.

The former Leicester City player received heavy criticism for his display at Anfield on April 19 and has been subjected to boos from England fans in recent months.

In related news, Manchester United have appointed Erik ten Hag as the club’s next manager.

ten Hag joins the club from Ajax and will reportedly be given a £200 million budget to transform the club.

Previously, United’s interim manager Ralf Rangnick suggested that only Utd keeper David de Gea is the only player that does not warrant significant improvement.

“Yes, I think apart from the goalkeeping, we need to make sure that we improve the squad in all areas,” he added.

“To bring in players who really help the team to get better – again, it’s about the profile. What kind of players do we need in order to play whichever kind of football we want to play?” he told Sky Sports.

He added: “The players have to give their very best no matter who the next manager will be, and if he’s announced in one or two or three weeks, I don’t think that this affects the current situation we’re in.

“There might be a couple of players – and I have already named those players to the board – that independent of formation, from style of football, and independent of a new manager, that could be of interest for a club like United.

“But in general, if you look at the size of the way the team needs to be rebuilt, I mean, it’s not enough to bring in three or four new players. It will be more, bearing in mind how many players will no longer be here with the contracts running out.”