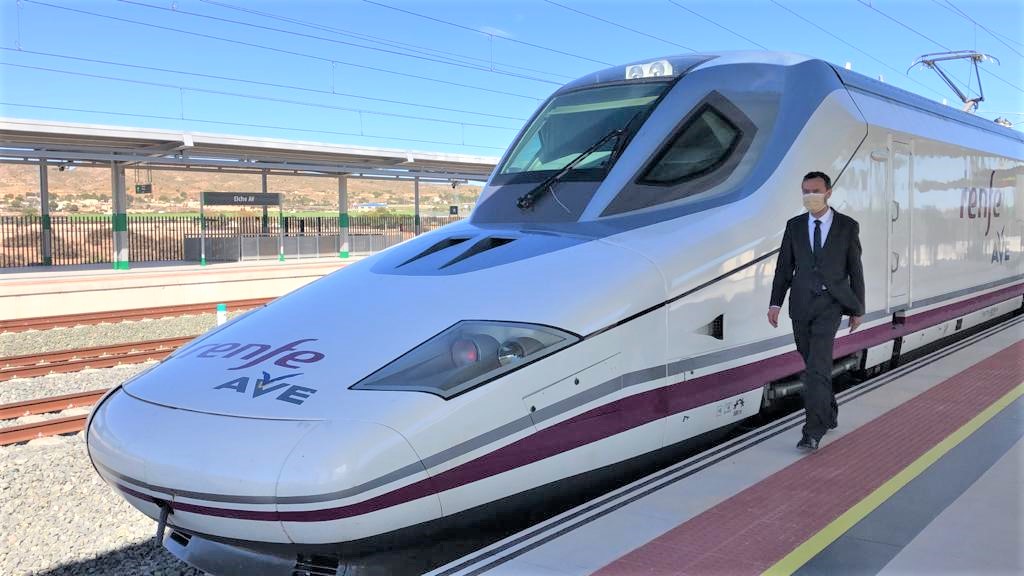 ELCHE AVE: Renfe has to increase the number of trains to and from Madrid Photo of a Renfe train. Photo credit: Elche Town Hall

To commemorate its 30th anniversary, Renfe is making 100,000 train tickets available at the price of €15

Renfe has today, Thursday, April 21, announced a new promotion with which, starting this Friday, up to 100,000 AVE and Long Distance tickets will be available at just €15. This is being launched to commemorate the train operator’s 30th anniversary.

It has already been 30 years since 21 April 1992, when Renfe introduced its first train service, running between the cities of Madrid and Sevilla.

As detailed by the operator, these special promotion tickets will be on sale on April 22, 23, and 24. They are for travel in the three summer months, between July 1 and September 30, to all national destinations.

Since AVE first came into circulation 30 years ago, on April 21, 1992, Renfe has transported more than 464 million passengers on its high-speed trains. At that time, the company had a fleet of 18 trains that travelled a distance of 300km along a line that was 471km in length.

Thirty years later, Renfe currently has a fleet of 229 trains covering more than 3,726km of high-speed rail along 13 lines that pass through 57 different cities. An estimated 70 per cent of Spain’s population has made use of this high-speed service.

Renfe’s latest addition to its catalogue of new destinations is Galicia. Since December 2021, the AVE has been travelling from Madrid to Ourense in just 2 hours and fifteen minutes. Compared to the previous journey time, this has cut 88 minutes off the trip, as reported by diariodesevilla.es.