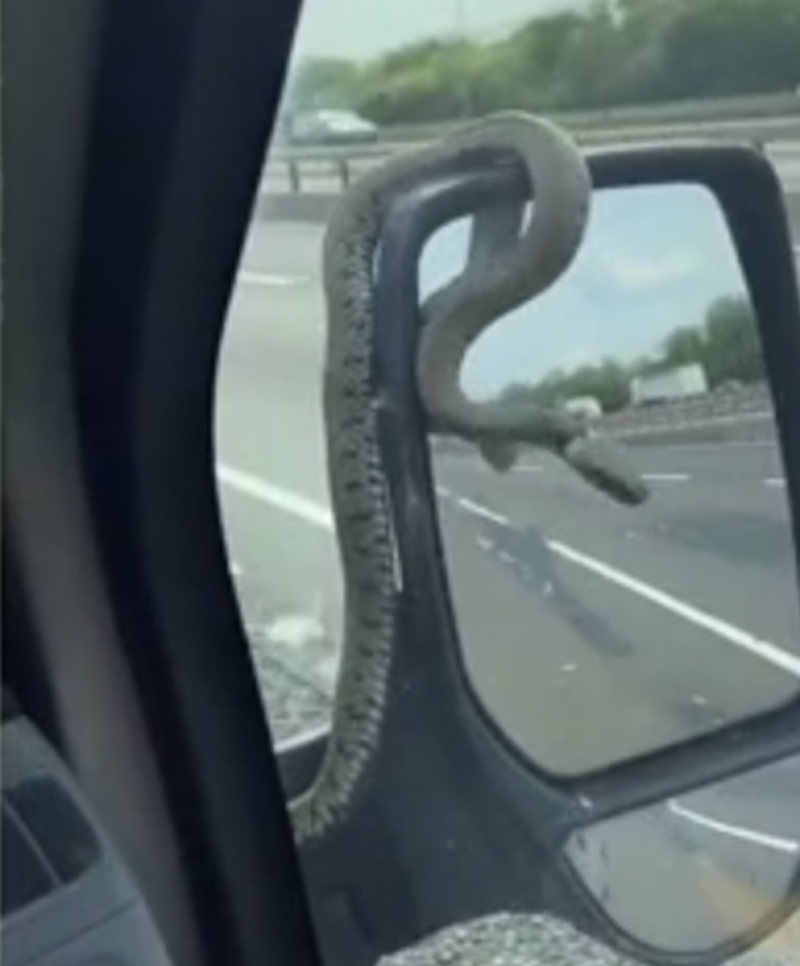 A motorway driver got the fright of his life when he noticed a snake on his car.

James Bristow was driving along the M5 towards Staffordshire when he noticed the stowaway, The Metro reported on Wednesday, April 20.

Charlie posted the video on TikTok on Sunday, writing: ‘Just cruising down the M5 when this happened.

‘We tried to pull over but there wasn’t a hard shoulder.’

The video has been viewed more than 25,000 times and attracted dozens of comments.

Another wrote: ‘I’m going to pretend there’s a part two and the little guy is okay.’

A third added: ‘You should have opened the window and let him in. He’s just a harmless grass snake.’

But another said: ‘I would have crashed.’

Charlie told The Metro: ‘My dad, the driver, spotted it first and shouted “Oh my god there is a f***ing snake there”.

‘My dad steered into the slow lane and slowed down causing the car behind to beep at us. I then got my camera out and started filming.

‘We were probably going 70mph when it popped its head out.

‘We were in the middle lane but quickly moved into the slow lane.

‘We really wanted to pull over and save it, but unfortunately it was a smart motorway so we couldn’t pull over.

‘We were parked in a field and it must have crawled up into the engine bay as it liked the warmth.’

Grass snakes are mainly found in the south and south-east of England.

The harmless snakes are protected under the Wildlife and Countryside Act.