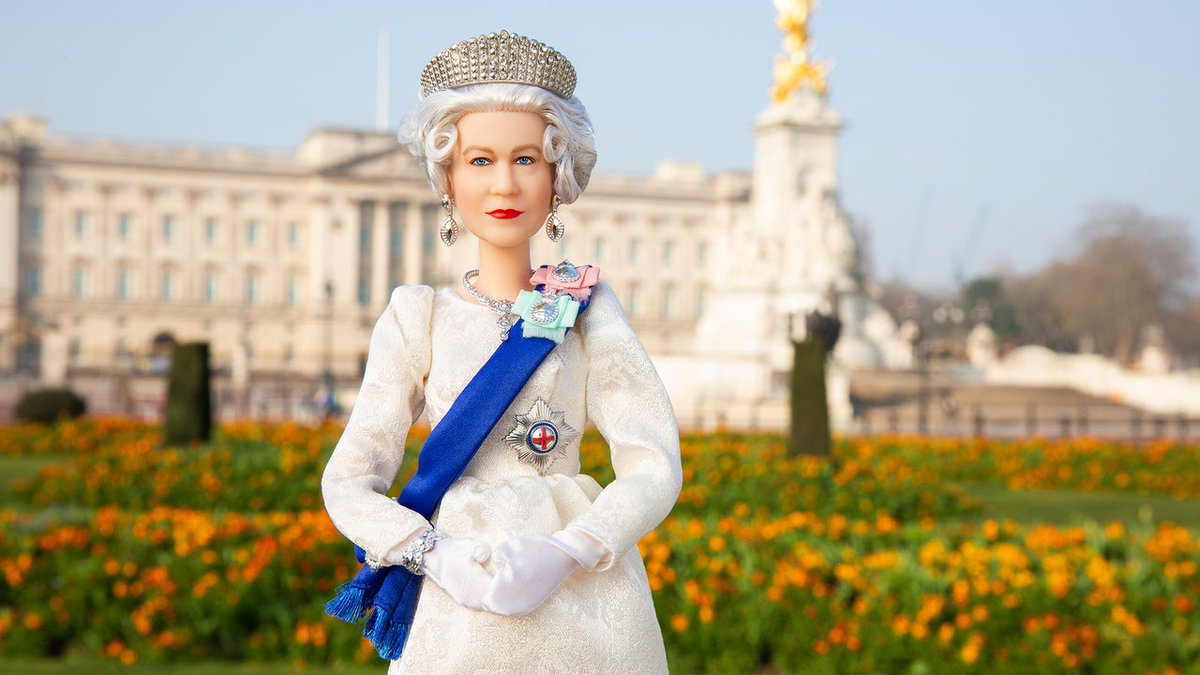 Iconic doll brand Barbie has issued a new limited-edition doll in honour of the Queen’s historic Platinum Jubilee, or is it Helen Mirren dressed as the Queen?

The doll is dressed in a royal ivory coloured gown and wears a blue sash that is marked by a pink ribbon replicating a gift from George VI the Queen’s father and a pale blue replicating another gift from George V, her grandfather. The doll’s tiara is based on Queen Mary’s fringe tiara, which the monarch wore on the day she was married. The doll comes in a box which is designed based on the layout of Buckingham Palace, including a cut out that shows the throne and the royal red carpets.

It will be sold at John Lewis, Selfridges, Hamley’s, Harrods and Amazon, with Amazon US currently listing the product at 75 dollars.

People have since taken to Twitter to comment on the similarity between the doll and Actress Helen Mirren.

The Queen as a Barbie doll?
It has been designed to capture Her Majesty's likeness, and is being released on the monarch's 96th birthday on Thursday by
Toymaker Mattel to commemorate her 70 years on the throne. pic.twitter.com/Lwg59eIlFy

Is it just me or is this clearly a Barbie of Helen Mirren dressed up as the Queen? https://t.co/UVmfFUyq6W

I think they got confused with the movie as it looks more like Helen Mirren 👸 pic.twitter.com/mVe9mGL6uS

Other reactions have also been mixed with Twitter user @GibsonLaura66 stating: “The Queen‘s getting her own Barbie doll for her 96th birthday. What moron decided this was a good idea?” Another Twitter user @hellen3030 stated :”MY DREAM COMES TRUE!!! I always wanted a Barbie doll inspiration of The Queen”.