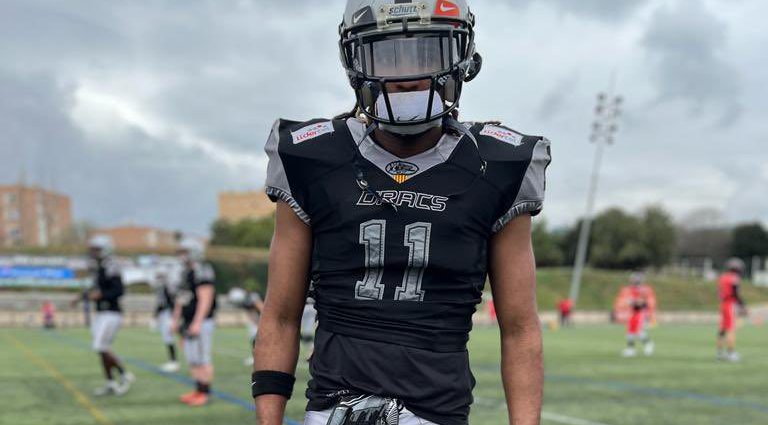 Rafael Hidalgo, a young American Football player died on Sunday 17, April following a heart attack at the age of 26.

UPDATED: 21, April, Since the announcement of the passing of American Football Player Rafael Hidalgo following a heart attack further tributes from former teams have been posted on social media.

We are saddened to hear of the passing of former Vikings football standout Rafael Hidalgo, who played QB for the Vikings from 2014-16. Our deepest condolences go out to his family, friends and loved ones at this difficult time.

In conjunction with our Athletics Community Day on Saturday, April 23, we will be holding a Day of Celebration and Remembrance for Rafael Hidalgo at the Outdoor Athletic Complex at 3 PM. All friends and family are welcome as we share all of the precious memories of Rafael. pic.twitter.com/KnodHuVp20

We are saddened to hear the of the passing of former Lobo Rafael Hidalgo. Ralph played from 2016-18 as a WR after a JC career as a QB. He went from walk-on to earning a scholarship and was a part of the 2016 Gildan New Mexico Bowl winning team (1) #GoLobos pic.twitter.com/gJW1HXSs9n

Rafael Hidalgo, an American Football player who had previously played for Catalonian team Badalona Dracs, has died following a heart attack. One of his former teams, The Badalona Dracs, took to Twitter to share the tragic news:

The Tweet read: “We deeply regret to inform you that our former player and teammate Rafael Hidalgo, 26 years old, passed away last night in Mexico due to a heart attack.
These are very hard moments for all our Dracs family.
A big hug to the family
Rest in peace friend.”

The Badalona Dracs currently hold the best championship record in Spain after having won the last four Spanish titles.

His most recent team, Pioneros de Querétaro from Mexico, took to Facebook to pay tribute to Hidalgo posting:

“Ha sido un honor conocerte, tu alegría, entusiasmo y compromiso nos ha contagiado a todos nosotros.
Estarás siempre en nuestros corazones RJ
It has been an honor to meet you, your joy, enthusiasm and commitment has spread to all of us.
You will always be in our hearts RJ

Rafael Hidalgo, played as quarterback during his time at Hudson Valley Junior College in Troy, New York, earning himself a scholarship in 2018. He also played for the Lobos who won the New Mexico Bowl in 2016. Originally from Brooklyn, Hidalgo was well-liked by his teammates, nicknamed “Ralph” and giving his teammates haircuts, serving as the team barber, as reported by The Albuquerque Journal.

A GoFundMe page has been created for Hidalgo.

The message on the page reads: “Due to Rafael passing in Mexico, all proceeds of this GoFundMe will go to costs related to transporting his remains back to the United States and all funeral costs.”