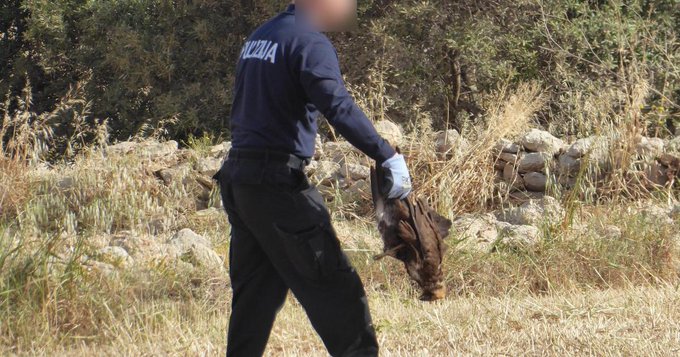 CABS, the Committee against Bird Slaughter has announced record fines have been handed to poachers in Cyprus who are guilty of trapping migrating birds.

According to the wildlife group four suspects were identified during ongoing anti-poaching operations this week, all four guilty of using limesticks to catch and kill migratory songbirds as they stop to rest on the island. The illegalities were documented by the environmentalists and reported to the Game and Fauna Service. The last operation involved a well-known trapper who was previously sanctioned just last September at the same site in Protaras. Yesterday morning she was caught ‘red-handed’ while collecting the limesticks in her garden.

Another bird poacher busted in #Cyprus with 25 #limesticks – slapped with a whopping fine of 9200€!

According to CABS trapping in spring is particularly concerning, as the birds that survive the winter are caught along the journey towards their breeding areas in continental Europe. This can have a serious impact on the populations of each species as every bird caught is a potential breeder.

They said: “In the Republic of Cyprus, contrary to the ridiculously low fines imposed in autumn and winter, in spring wildlife poachers are sanctioned with more than 8,000 euros when caught with limesticks.

“We hope that these recent cases with fines amounting to thousands of euros will serve as a deterrent to those who still believe that they can’t enjoy a seasonal lunch without the forbidden ambelopoulia.”

The NGO ensures, as record fines are handed out in Cyprus, that its teams will remain on the island until the end of bird migration to locate and report any further wildlife crimes.CABS teams are also operational on the island of Malta and in Lebanon where they have enjoyed similar success in bringing poachers to justice.