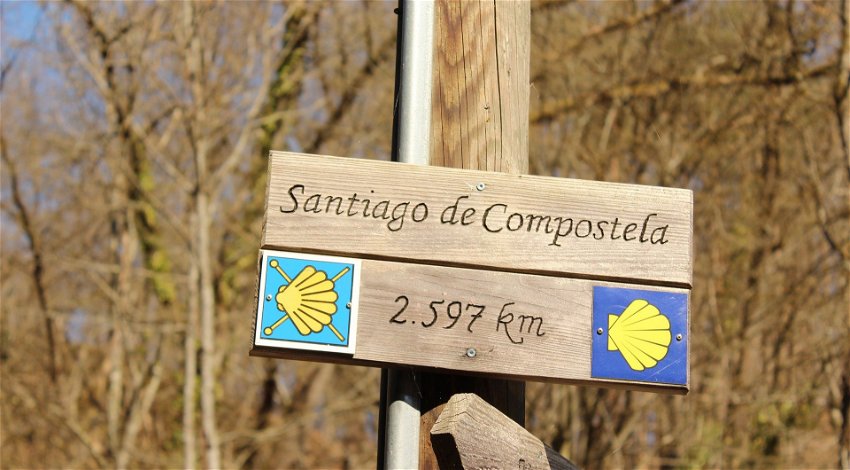 There have been over 20,700 walkers to have made the famous pilgrimage so far this year, the highest figure ever seen in the history of the Camino de Santiago, according to Alfonso Rueda, the First Vice President and Councillor of Presidency, Justice and Tourism of Galicia, a record-smashing statistic which is constantly rising since it was announced on the 13, April.

This enormous rise of interest in the famous pilgrimage to Santiago has led to the creation of two new initiatives. The first begins this Saturday 23, April, and it is the first stage of the project “Camino de Santiago as a family”, organised by the Diocese of Ourense which, in its first stage, will cover 17 kilometres between Vilar de Astrés and Cea.

The delegations of Ourense Youth and University Council, Pilgrimages and Camino de Santiago, and Pastoral de la Carretera and the Tourism board of the Diocese of Ourense have organised this project that will be carried out in six stages from tomorrow, Saturday 23, April until October 8, when the initiative will culminate with a Eucharist at 12 noon in the Cathedral of Santiago de Compostela. The six stages of the pilgrimage are:

The other initiative is a maritime route that, from 24, June to 23, July  that will take place between the ports of Genoa, Valencia, Seville, Porto and Vigo, giving keen adventurers an incredible opportunity to experience the pilgrimage in a completely unique way. According to Mario Cardama, president of the Traslatio Foundation, the route. is meant to recall the maritime route that was taken to deliver the remains of the Apostle Santiago (known as St. James in English) that was made from Jaffa, Israel to Santiago de Compostela, Spain.

Cardama also stated that the route was “an opportunity to live a different Camino de Santiago, because it is unknown, because it is by sea and because you can live an unforgettable experience”.

The registration period to sign up for any of the stages aboard the ships that make up the Iacobus Maris fleet is now open, people who wish to partake must visit the Iacobus Maris website and sign up for the specific stage they are interested in as well as which type of boat they wish to travel on.