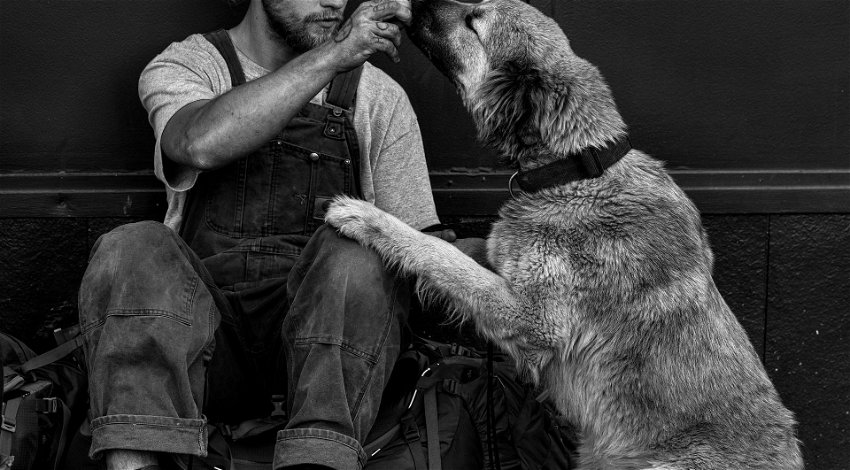 A study by Foundation for Advice and Action in Defence of Animals has discovered that 74% of homeless people claim their pets are their main support system.

“He’s the best friend I have, you won’t find anyone like him”, says Óscar about his dog Moreno, one of the homeless people who is part of the ‘Best Friends’ project which was carried out by the Foundation for Advice and Action in Defence of Animals (FAADA), with its main objective being the facilitation of the accommodation of homeless people with their animals in shelters and social or inclusion housing in Catalonia.

No matter what circumstances you are going through, dogs are an unquestionable emotional support, or at least this is what a study on the family bond between people in street situations and their pets carried out by the Affinity Foundation “Animals and Health” of the Universitat Autònoma de Barcelona (UAB) in collaboration with FAADA affirms, as reported by 20minutos.

“Seventy-four percent of the participants in the study say that animals are their main source of social support. In such a vulnerable situation as not having a home to live in, this helps them to cope with day-to-day problems and difficulties”, explained the Affinity Foundation.

Homeless people see pets as their main support due to the amount of time shared together during a day-to-day basis helping them to combat feelings of loneliness and providing physical contact and affection during what for most, is a very difficult period.

“Blanca and Miguel represent everything for us, they are like our children. I have seen myself here on the bench, depressed and crying, and they have come to lick me as if to say ‘we are here’ and have cheered me up, when people have seen me and have passed by as if they didn’t see anything”, says Jose, another participant in the Best Friends project.

“People who live on the street and who have greater social support show better emotional health and have fewer symptoms of depression, less suicidal ideation and more prosocial behaviour,” stated Jaume Fatjó, director of the Affinity Foundation Chair in Animals and Health at the Autonomous University of Barcelona.

The foundation reports that there are around 4,000 homeless people in Barcelona alone and, on many occasions, these people sleep on the street because animals are not allowed in homeless shelters or centres. Because of this FAADA has created the ‘Best Friends’ project, which aims to “facilitate access for animals that live with homeless people to shelters and social or inclusion housing in Catalonia”.

FAADA also aims to provide advice to all those who want to offer options to vulnerable people who share their lives with animals; as well as to provide free veterinary care for the animals of homeless people.

“We need to give visibility to these bonds and be able to provide them with the necessary help. Normalise interspecies bonds as the family that they are. We want society to accept that there are families made up of four-legged members and that they should not be treated as a problem but as a peculiarity,” they argue on their website.