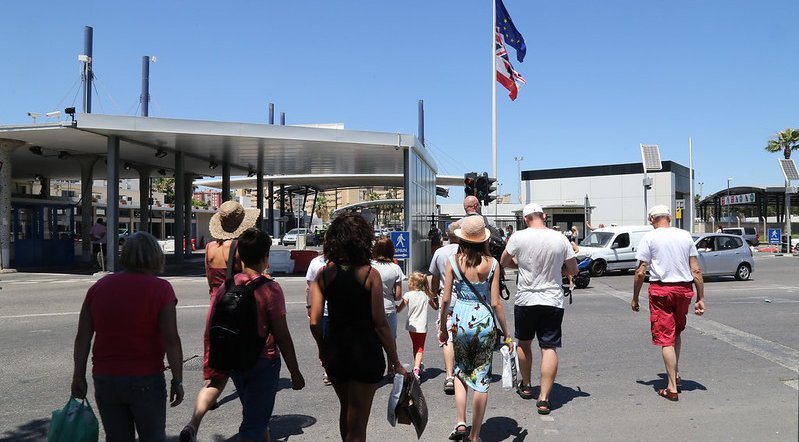 POTENTIAL problems for visitors trying to cross Gibraltar border have been reported as it appears that the Spanish authorities are tightening Schengen border rules.

In theory, anyone who doesn’t have Spanish residency or an EU passport who wants to go into Spain from the Rock may be stopped and asked for reasons for travel, proof of accommodation and physical evidence of funds to support them.

This is not peculiar to Spain but is true for every Schengen member state although until recently this has been very much ignored and special dispensation was made for Gibraltar residents who were able to travel backwards and forwards without greater hindrance than the usual rush hour queue.

Things change quickly and it could be a decision that has been implemented in order to influence the outcome of the negotiations of Gibraltar’s Schengen deal or because the Spanish are irritated with the arrival of the US submarine in particular.

At the time of writing, it is mainly those travelling by foot who are being stopped but this should be taken as a warning to those British passport holders flying into Gibraltar and then walking across the border to catch taxis or rent a car that they could well be stopped and also have their baggage searched.

The National Police control immigration whilst the Guardia Civil act as customs officers so once people get through one area of delay, they could immediately face a second.

There is a further problem which only affects residents of Gibraltar who have British passports but a blue Gibraltar residency card (rather than red which effectively denotes birth on the Rock) as some have been refused entry to Spain and the Chief Minister is trying to rectify that problem.

Border problems come and go on a regular basis but on February 11, 2022, Spanish Foreign Minister José Manuel Albares said “When we approach the end of the negotiation, which is already almost 99 per cent, more nerves enter, but for us, for the government of Pedro Sánchez, generosity will not be lacking in any practical or daily aspect”.

Perhaps those being less than generous on a daily basis now have forgotten his words.

Thank you for reading ‘Potential problems for visitors trying to cross Gibraltar border’ and remember that all articles produced by Euro Weekly News may be accessed free of charge.