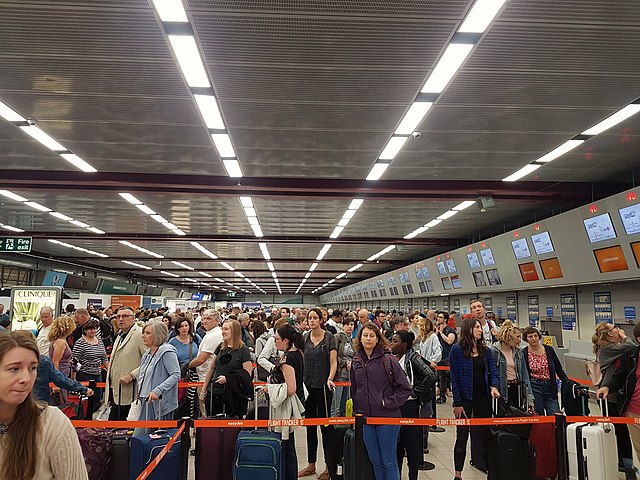 Fears are increasing that summer holidays may be under threat as British Airways axes hundreds more flights, including long-haul destinations previously unaffected.

Schedules for the airline between now and September show a big reduction in the number of flights on some routes including those to the US and the Far East.

The cancellation of flights comes as the airline struggles to meet its current schedules with over 1,000 flights having been cancelled in the last few weeks.

An internal message from the under pressure BA boss Sean Doyle, said that flights would be cancelled until the end of next month, partly due to staff shortages. However it has since emerged that the airline is cancelling half of its flights on some routes with those between Heathrow and Miami, being reduced to one each way a day from June 4 until September 7.

BA has said the cancelled daily flight to and from Miami would be picked up by American Airlines. Other routes believed to be affected are London to Berlin, Dublin, Geneva, Paris, Stockholm, Athens and Prague.

BA has already halted flights to Hong Kong and Tokyo, a service that is not expected to resume until after the summer.

With more than 20,000 people affected by cancellations this week alone, the airline has emailed customers to apologise saying: “We’ll do everything we can to get you where you need to be.”

But it is not clear how the airline intends to do this as it struggles to recruit staff after having laid off many experienced crew during the pandemic. Sources close to the airline say the problem with recruitment are self-inflicted with the airline not willing to offer packages commensurate with the roles. As a result staff laid off and furloughed have chosen to go elsewhere, with the airline losing a significant part of its experienced flight team.

Although the airline has already reduced the number of flights scheduled expectations are that more could be cancelled prompting many not to take the chance even though they would be entitled to a full cash refund. In terms of current legislation travellers should also be offered a flight with another airline effectively enabling them to depart as close to the cancelled flight as possible. However with most other airlines operating at close to capacity it is not clear whether this is at all possible.

Paul Charles, of travel consultancy The PC Agency told delegates at the World Travel and Tourism Council in Manila that the disruption could last many months. He said: “Covid travel restrictions have brought about a destruction of talent through job losses.”