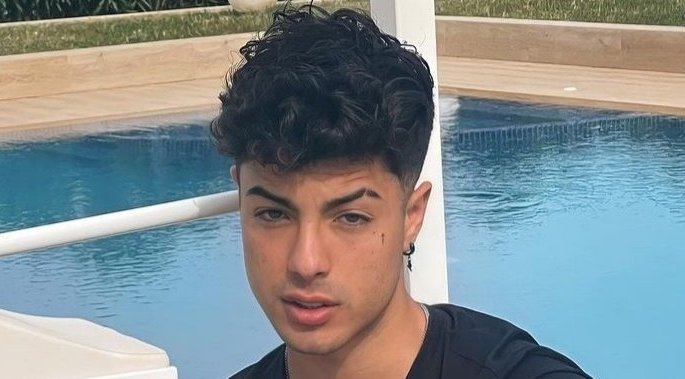 The social media ‘star’ has generated a lot of anger online with some of his recent comments.

SPANISH influencer Naim Darrechi from Palma, Mallorca, who is said to have the most Tik-Tok followers in Spain (26 million), has gone viral with several controversial views, which have angered a lot of people online.

According to Darrechi, he has now legally changed his name to Naima Alejandra Darrechi and now recognises himself as a woman because “changing gender in this country will mean having more rights than when she was a man.”

“In Spain, there is a very large legislative inequality. Men have fewer rights than women,” he said in a live Tik-Tok video.

“I’ll give all the men present an idea. I’m a woman, I’m legally a woman in Spain. Because in Spain the Podemos, those on the left, are such lame asses and so incoherent that they let you change your sex every six months and you only have to fill out a form.”

He added: “You don’t go through therapy because you feel the gender you are. It has nothing to do with the trans community. I respect it, but this has to do with the inconsistency of the Government, of having a law that disadvantages men in the legislation but then you can choose whether to be a man or a woman. If I think a little bit, then I want to be a woman. I invite you to do it too”.

20-year-old Darrechi, who has been accused of ‘tricking several girls into having sex’, also shared his views on homosexuals.

“There should be a bathroom for homosexuals since you like men and you have an advantage,” he said.

Many have reacted angrily to his comments online.

One person wrote: “The best thing about today was listening to Mr. Naim Darrechi saying that men do not have the same rights as women. Of course not dear, you used your superiority while you took off the condom without their consent to abuse them.”

“Naim Darrechi saying in a direct that men do not have the same rights as women Of course not, if you have said publicly and openly that you rape women and you have not been jailed for a single month,” said another person.

Another person wrote: “Naim Darrechi has legally changed his sex because according to him “women have more rights than men”. Naim Darrechi is an idiot.”