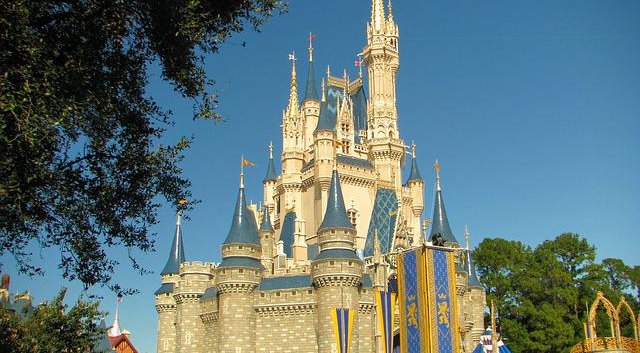 The change in status is expected to have significant implications for the company and will further sour the Republican-led government and a major political player whose theme parks have transformed Orlando into one of the world’s most popular tourist destinations.

The signing of the bill is the latest saga in the culture war that is taking place in Florida and other states around America, battles that have allowed the governor to make himself one of the most popular Republicans in the country and a likely 2024 presidential candidate.

The law eliminates the Reedy Creek Improvement District’s right to self govern, something Disney government has done for the last 55 years. The measure does allow for the districts to be reestablished, leaving an avenue to renegotiate the future of the deal that allows the company to provide services such as zoning, fire protection, utilities and infrastructure.

DeSantis said Friday that the company would end up paying more taxes than it currently does and that the law isn’t expected to cause tax increases for residents around Disney.

No details were provided by de Santis nor was any indication given on what effect the change might have for the company and or its employees, with Disney one of the largest employers in Florida.

Legislators in Florida passed a bill on Wednesday April 20th that will see Disney’s special tax status revoked in what is seen as a tit for tat, for opposing the “Don’t say gay law” that will limit discussion of LGBTQ+ issued in schools.

The change comes after the Republican led state house in Florida voted to overturn a 1967 law that allowed Disney to self-govern the 25,000 acre Orlando estate where Disney World is located. One of the provisions in that law provided special tax status to the company.

The law proposed by the conservative DeSantis will eliminate a handful of special tax districts including the Reedy Creek Improvement District that covers about 25,000 acres in Orange and Osceola counties. That structure makes Disney, which is one of the state’s largest private employers, and other landowners responsible for providing services usually provided by local authorities. That includes development and maintenance of roads, the power grid, water supply and fire prevention.

In return they have in the past received tax relief, but the change which will go into effect in June 2023 will see that benefit removed.

Potentially the Republican Party’s presidency candidate for 2024, DeSantis wants to get back at Disney for its opposition to the law referred to as “the don’t say gay law”. The controversial law bans classroom discussion and instruction on sexual orientation and gender identity for students younger than about 9.

The law comes into effect on July 1st and will see teachers prohibited from teaching subjects or issues that: “are not age appropriate or developmentally appropriate” for older students. Although the laws are being challenged in court in the state government is ploughing ahead with its plans. .

The company initially failed to come out in opposition to the law, but then did so with a strong declaration of support that will see the LGBTQ community play a much greater role in its moves and programmes. Disney also condemned the legislation at the same time saying it would pause all political donations in Florida.

That stance resulted in the move to do away with Disney‘s special tax status with Republicans expressing their unhappiness with the company’s failure to support the ‘Don’t say gay’ law.