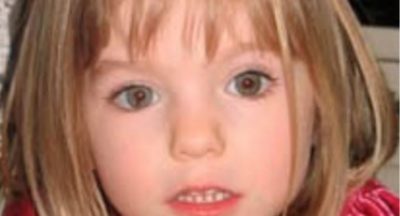 German authorities have quizzed suspect Christian Brueckner for the first time in the Madeleine McCann case.

Detectives quizzed the 44-year-old in Oldenburg jail where he is serving time for rape, at the request of Portuguese prosecutors, The Daily Mirror reports exclusively on Saturday, April 23.

Christian Brueckner was named as an official suspect by Portuguese police in the disappearance of Madeleine McCann on Thursday. Prosecutors in Germany have been convinced for some time that he is the chief suspect.

Police are now waiting for the results of forensic tests carried out on his VW van.

Paedophile Brueckner drove the vehicle that is being examined while living on the Algarve, where Madeleine vanished on May 3, 2007, aged three in Praia da Luz.

Prosecutors in Germany had announced almost two years ago they believe Brueckner killed Maddie and they had “concrete evidence” she was dead, it was reported.

A source told The Mirror that Portugal’s Policia Judiciaria force “is committed to finding out what happened to Madeleine and in addition to the work we’re doing, we will continue to co-operate with British and German authorities.”

It is believed Brueckner has been made a suspect due to a 15-year time limit for a murder charge in Portugal, which elapses next month.

Now that he is a suspect the time limitation does not come into play.

One Portuguese insider told the newspaper that the move was “potentially crucial”.

Madeleine´s parents Kate and Gerry said in a statement: “We welcome the news that the Portuguese authorities have declared a German man an “arguido” in relation to the disappearance of our beloved daughter Madeleine. This reflects progress in the investigation, being conducted by the Portuguese, German and British authorities. We are kept informed of developments by the Metropolitan police.

“It is important to note the “arguido” has not yet been charged with any specific crime related to Madeleine’s disappearance.

“Even though the possibility may be slim, we have not given up hope that Madeleine is still alive and we will be reunited with her.”