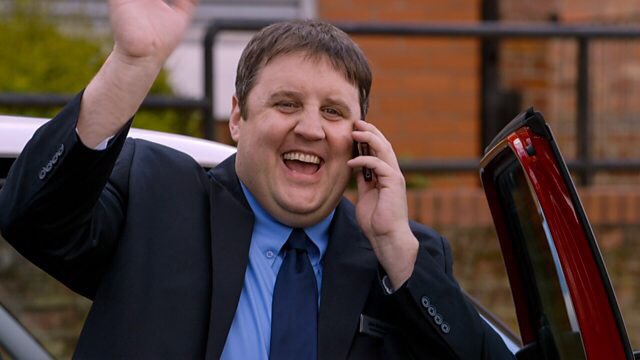 Speaking to fans, the comedian who recently returned to the stage, he said he was doing great after having kept a low profile since 2017 when he stepped away from the limelight to deal with unforeseen family circumstances.

The appearance over the weekend at the Lower Rivington Reservoir was to launch a ‘wheelyboat’ near his home in Bolton, one that will give disabled adults and children the chance to enjoy water-based activities at the centre for the first time.

He told PA: “It’s very lovely to be here today, I’m honoured to be asked to launch this fantastic wheelyboat, which I hope gives a lot of people a lot of pleasure and happiness out on the water.

“The Anderton Centre is a fantastic place and I love coming here, and the people are really nice and when it’s a nice day and there’s an heat wave you think you’re in the south of France.”

Ever the joker, Kay stepped down to the water’s edge to cut the ribbon on the boat saying: “I’m just going to get on with cutting it with the scissors… I did think, I might be smashing a bottle against it, but apparently in the modern world that is not allowed for recycling.

“I’ve never launched anything in my life, apart from one of my children – no, only kidding.

“So I declare, this fantastic wonderful wheelyboat officially – don’t all run and jump on – open.’

His tour started out at the Manchester Central Convention Complex on Good Friday with more shows planned for London this month and Liverpool in August. When pushed about any other plans he said TV appearances would remain a surprise.

The Coulam Wheelyboat V17 launched by Peter Kay, is a purpose-built fully wheelchair-accessible powerboat that is the first for public use in Lancashire.