Woman rescued after falling into toilet trying to retrieve phone 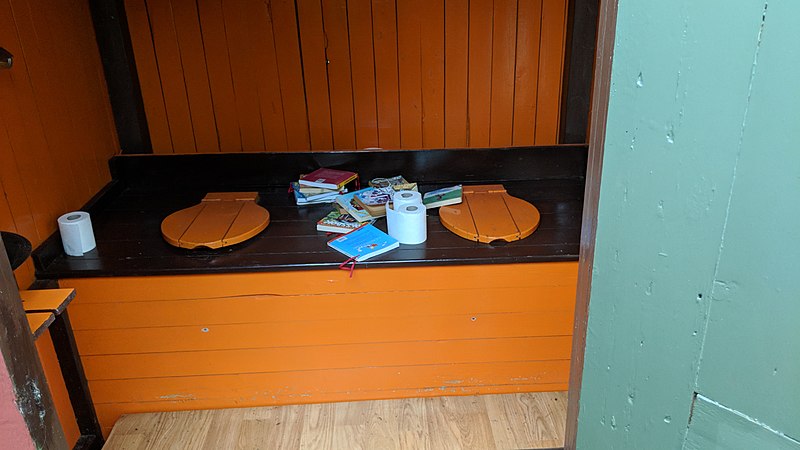 It has to be one of those moments a good swear word and the situation go hand in hand, after a woman had to be rescued after falling into an outhouse toilet trying to retrieve her mobile phone.

According to the fire services a woman at the top of Mount Walker in the Olympic National Forest northwest of Seattle stopped to use a traditional outhouse, where she decided to use her phone. But in the process she managed to drop it into the toilet.

Brinnon Fire Department Chief Tim Manly said the woman disassembled the toilet seat and used dog leashes to try and retrieve the phone. But when that didn’t work she used the leashes to tie herself to the wall so that she could reach down for it.

But sadly for her that didn’t work and she fell headlong into the toilet.

Manly said: “They didn’t work very well and in she went.”

He continued saying that for around 10 to 15 minutes to get out of the toilet but eventually she gave up and having been reunited with her phone, dialled 911 for help.

Responding firefighters passed her blocks to stand on to reach a harness, which they used to pull her out of the vault.

Uninjured but with her dignity in tatters the woman was washed down and “strongly encouraged to seek medical attention after being exposed to human waste.”

But Manly said: “All she wanted to do is leave,” adding that “I’ve been doing this for 40 years, and that was a first.”

It is not known whether the woman who had to be rescued after falling into the toilet, was with anyone else or whether she had called for help after trying to retrieve her phone. However given the embarrassment probably not.