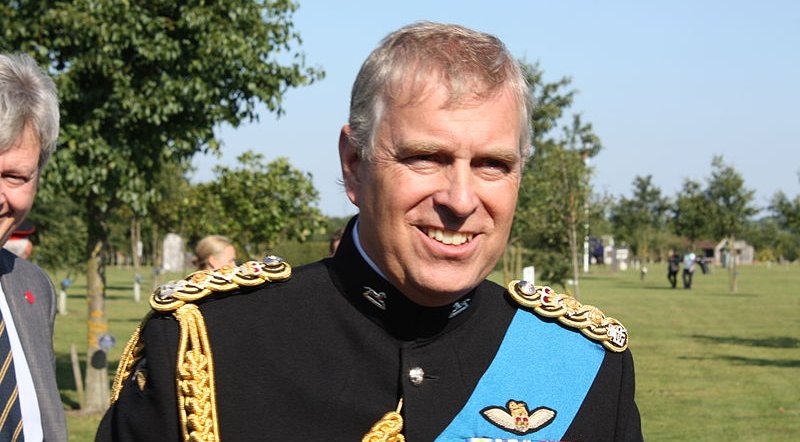 Nicola Palmer told The Sun in an exclusive on Sunday, April 24, that she fled from the Duke of York.

The former royal aide, 21 at the time, said: “He looked at my chest. I remember him staring, grinning. I turned and ran upstairs.”

Nicola was a live-in PA at the Duke of York’s former £15 million mansion at Sunninghill Park, Berkshire.

She recalled him twice asking her to explain the cheeky slogan – ´think my pants off´- emblazoned across her chest.

“Suddenly I heard a noise, I looked into the corridor and the Duke was there. I waited for him to approach as I was required to curtsy, then he looked at my chest.

“I remember him staring at me, grinning, looking me in the eye and asking me to explain what that meant. I froze,” Nicola told The Sun.

“I looked at him and said nothing. But then he said, ‘Well, go on’.

“It was very strange. I was considerably younger than him, why was he asking me to explain this?

“But I think he knew what it was, and I felt uncomfortable.

“The next thing, I was fumbling my words and I said, ‘You have to think of me with my pants off.’ I couldn’t think to explain it any other way.

“And with that, he seemed to lunge towards me. I turned to my left and ran upstairs to the attic. I screamed for a split second.

“I was alarmed. But when I reached the top I turned around, and he was gone.”

Nicola says she did not make a formal complaint and will never know if the Duke of York was acting seriously.

Prince Andrew’s spokesperson was approached for comment by the newspaper.

Last month it was announced Andrew was paying an estimated £12 million to settle a civil case brought by Virginia Giuffre, who alleged he assaulted her when he was 17.

The Prince has strongly refuted the claims.

A TalkTV interview with Nicola is to air on Monday, April 25, at 7pm (GMT).

Originally from Dublin, Fergal is based on the eastern Costa del Sol and is a web reporter for The Euro Weekly News covering international and Spanish national news. Got a news story you want to share? Then get in touch at [email protected]euroweeklynews.com.