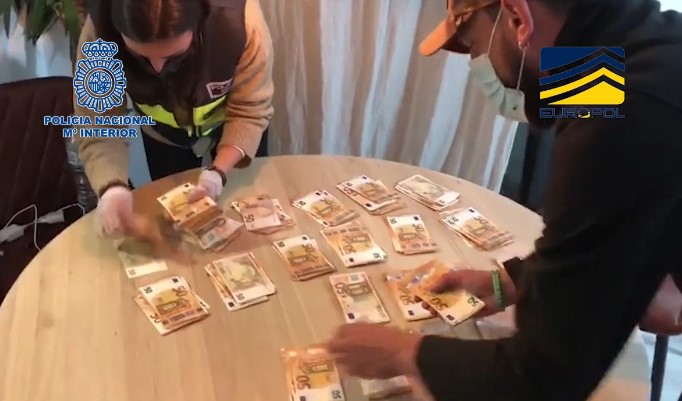 As reported this Saturday, April 23, in a press release, the National Police has disbanded one of the most active criminal organisations in Europe. It was allegedly dedicated to the introduction of cocaine into Spain from South America, ready for its subsequent distribution throughout the rest of Europe.

A joint operation was conducted in collaboration with Europol and the police authorities of Germany, Austria, Belgium, and the Netherlands. As a result, 39 individuals have been arrested, twelve of them in Spain, specifically in Barcelona.

More than half a ton of cocaine was seized in the Port of Barcelona, while it is believed the gang had been responsible for shipping an estimated 23.5 tons of the narcotic substance from Paraguay.

Arrests were carried out simultaneously in Spain, Germany, the Netherlands, Belgium, the United Arab Emirates, and Paraguay. These detainees are reportedly historical criminals wanted by European authorities and who had formed a “very experienced and violent” organisation.

A Spanish citizen born in Germany, who had served a prison sentence in his country for more than ten years for crimes of attempted murder was the main target of the police investigation.

The initial phase of this massive operation was carried out in Germany this March. It involved raids on more than 59 homes, courtesy of 32 search and arrest warrants.

Then the investigation focused on the two main leaders of the organisation, who were also the main organisers of the cocaine trafficking operations, which they did through a third person.

According to the National Police, due to the pressure that had been exerted in Germany and Belgium, part of the organisation that had not been arrested decided to move to Spain, to establish a new base of operations. Among these members who moved to Spain was one of its leaders.

‘Operation Lobo’ was set up, involving surveillance, which allowed the police to determine his location, after arduous investigative work. The remaining members of the gang were identified and located over the next few weeks, residing in the vicinity of the city of Barcelona.

Finally, the main operation was unleashed, where officers proceeded to arrest the four subjects in charge of receiving, storing, and later transporting the drugs, as reported by diariodesevilla.es.