Portugal to fast-track British arrivals through e-gates at airports 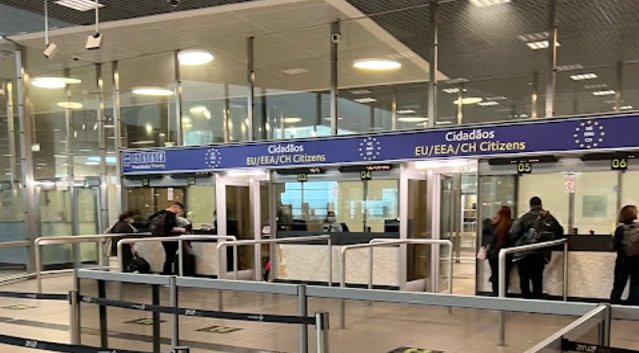 British arrivals in Portugal to be fast-tracked at airports, exactly the same as citizens from EU countries

It was revealed this Saturday, April 23, that Portugal is set to allow British holidaymakers to use the fast-track e-gates at all of its airports. This move makes the Portuguese government the first in the EU to defy post-Brexit recommendations, as reported by The Guardian. Each EU nation is free to establish its own rules relating to border control.

This action of course should speed up entry times for Brits arriving at airports in Portugal, allowing them the same treatment as passengers coming from other EU states. Before we all get too excited though, I think I am correct in saying that after passing through the e-gates you will still need to have your passport checked and stamped manually.

Portugal’s airport facilities in Lisbon, Porto, Faro in the Algarve, and Funchal on the island of Madeira, had already installed these e-gates, and they were in use not only for arrivals from EU countries, but also for travellers from Japan, New Zealand, Australia, and Singapore.

More good news came this Saturday, April 23, when the Portuguese authorities scrapped the requirement for passenger locator forms. Travellers will still be required to wear masks when they are physically on planes, or taking transport buses to and from the terminals, as reported by lbc.co.uk.