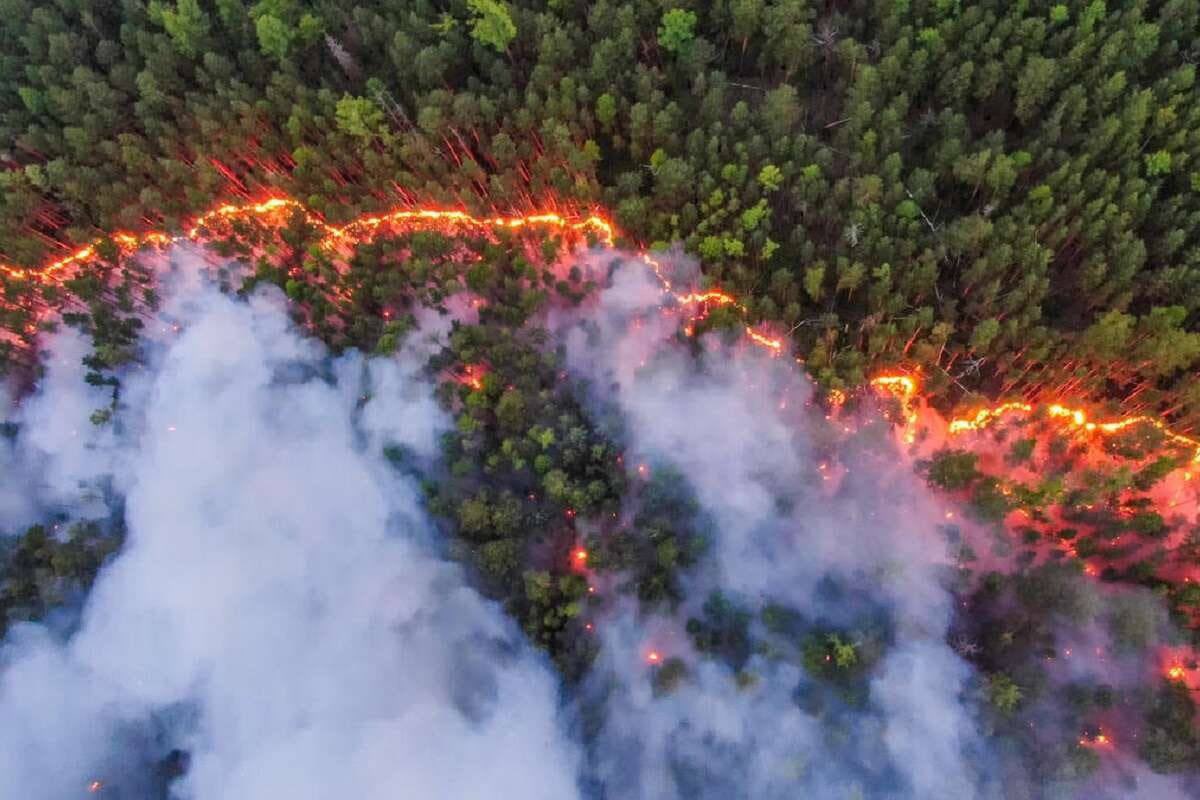 According to the TASS news agency many Russians are co-opting a pro-war hashtag to raise awareness of fast-spreading wildfires in Siberia and to highlight the government’s inaction.

Greenpeace Russia says that an area twice as large as that which burned last year is currently in flames, with fourteen regions of Russia have declared special fire regimes, with the most severe fires seen in Siberia and the Far East.

In an effort to raise awareness and to push the government to do something about the uncontrolled fires, Russian Twitter users have taken to using the hashtag #своихнебросаем (“we aren’t leaving our people”).

The hashtag was first used by state-funded media to rally support for the Russian invasion of Ukraine, but is now being used by the activists when they tweet photos and videos of the fires.

Greenpeace says that 433 forest fires have been extinguished around Russia’s third largest city Novosibirsk, with smog and fine particle concentrations in the air exceeding levels considered hazardous to human health.

They continue saying that there are nearly 300 grass fires in the Omsk region of western Siberia, with smoke from the fires reaching the city of Tyumen 625 kilometres away.

Agreeing with the assessment the Omsk civil association tweeted: “Not far from Omsk, more than 100 hectares of pine forest are on fire along the Cherlak highway. The haze and smoke from fires can be seen for tens of kilometres, including in Omsk. Meanwhile, the governor of the region holds [pro-Putin] festivals, and it’s not clear at all what the regional Emergency Situations Ministry is doing.”

Russia on fire.
Wildfires have been left burning unchecked in Siberia because the Russian miliary units that usually deal with them have been relocated to fight in Ukraine/independent pic.twitter.com/GZLKGcomdk

Siberia has been experiencing drought and abnormally high temperatures leading to increasingly devastating wildfires in the warmer months, turning the region’s vast swathes of forest into a tinder box.

Russia has linked the Siberia forest fires that are spread at an unprecedented rate to climate change.