Donald Trump fined $10,000 a day over failure to supply documents to court 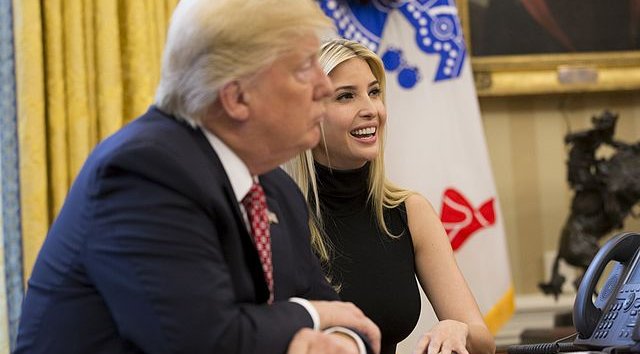 Donald Trump fined $10,000 a day over failure to supply documents to court Source: The White House

The former president of the US Donald Trump was found to be in contempt of court and will be fined $10,000 (9,350 euros) a day over his failure to supply documents requested.

Trump, who unsuccessfully tried to have the subpoena squashed, was ordered to hand over the documents by March 3rd, with that date extended to March 31 after a request by his lawyer.

He has however failed to meet that date with Justice Arthur Engoron ruling that Trump was in contempt because there were “repeated failures” to hand over materials. He said he had no choice as it was not clear the ex-president had conducted a thorough search for the documents.

The judge told the crowded courtroom: “Mr Trump, I know you take your business seriously, and I take mine seriously. I hereby hold you in civil contempt.” Trump was however not present to hear the ruling that follows the case brought by State Attorney General Letitia James, who is investigating whether the Trump Organisation misstated the values of its properties to obtain favourable loans and tax deductions.

James has said she found “significant evidence” suggesting the Trump family company’s financial statements for more than a decade “relied on misleading asset valuations and other misrepresentations to secure economic benefits.”

Trump’s lawyer, Alina Habba, said the Trump Organisation was “right on schedule” with its production of documents, insisting that she went to great lengths to comply with the subpoena. She said she even travelled to Florida to ask the former president specifically whether he had any documents that would comply with the demand.

She argued that: “The contempt motion is inappropriate and misleading. He complied. There are no more documents left to produce by President Trump.”

She went on to repeat the Trump mantra that the investigation was a “fishing expedition, a political crusade,” adding that “The attorney general’s investigation has seemingly become aimless.”

Trump has in the past referred to the case as nothing more than a witch hunt.

The attorney general has questioned how Donald Trump, who has been fined $10,000 a day over failure to supply documents to court, and his organisation manipulated the Trump brand and properties to obtain preferential deals from lenders and to reduce tax liability.

hank you for taking the time to read this article, do remember to come back and check The Euro Weekly News website for all your up-to-date local and international news stories and remember, you can also follow us on Facebook and Instagram.