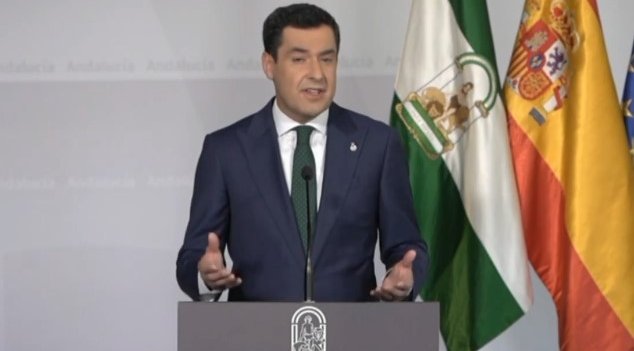 Juanma Moreno, the President of the Government, calls the Andalucian elections for June 19

Juanma Moreno, the President of the Junta de Andalucia, convened an extraordinary meeting of the Governing Council this Monday, April 25. As expected, he announced that the date for the Andalucian elections will be Sunday, June 19.

The consequent dissolution of the Andalucian Parliament will now place within the minimum 54-day period required. Moreno explained that it had been “a very thoughtful decision, and very difficult to make. Holding elections in June allows us to take advantage of the months of July and August to form a government that will have time to prepare budgets”.

Mr Moreno reiterated that “Andalucia needs to continue advancing, and has to adapt its steps along a path that is not easy, with rising prices and the war in Ukraine. It is vital for Andalucia to start on January 1, 2023, with a new budget and, for this reason, we have analysed the need to call elections”.

“As the law prevents holding elections in July and August, only the options of June or autumn remained, and I would have liked to have called them in the autumn, but that prevents Andalucia from starting 2023 with a budget”, he stressed.

The president concluded that almost four years after taking office, he humbly believes that his government has met its objectives, and “Andalusia has been an example of stability. The understanding between Juan Marin and I has been absolute. That has not been the case in other parts of Spain, or in Andalucia before”.

“We have tried to give the best of ourselves, I have felt like the president of all Andalucians, I have governed for all alike, and tomorrow the countdown to the elections begins”, he added, as reported by laopiniondemalaga.es.