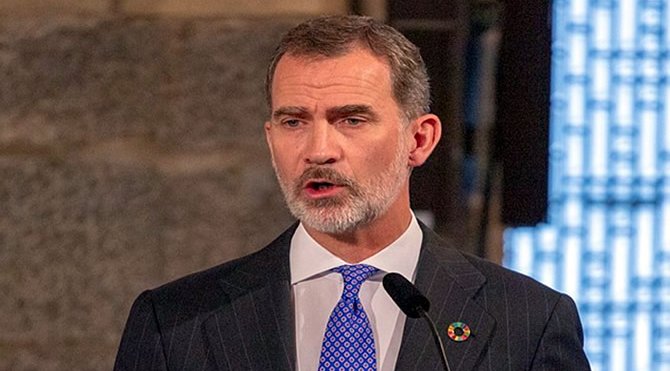 King Felipe VI of Spain has declared his personal assets for the first time, valuing them at more than €2.5m

King Felipe VI of Spain has today, Monday, April 25, made his personal assets public for the first time in history. According to the Royal House, his wealth amounts to €2,573,392.80. Of this amount, just over €2.2 million are deposits in checking or savings accounts and fund shares.

According to the Europa Press agency in sources from the Head of State, just over €300,000 of the monarch’s worth is made up of art objects, antiques, and jewellery.

His heritage comes from the remuneration received over the last 25 years, first as Prince of Asturias, and subsequently, since becoming king in 2014. In that period, Felipe VI reportedly received just over €4 million.

This information is made public just one month after the Prosecutor’s Office filed its triple investigation regarding the estate of Juan Carlos de Borbon, the current king’s father. Their investigation alleged that crimes or acts were committed when the then head of state enjoyed inviolability.

In their text, made public in March, the investigators understood that the possible tax crimes were committed before 2011, so they would already be time-barred, or that they were committed when the monarch was still protected by his inviolability.

The Public Prosecutor’s Office ordered the closure of the proceedings that were opened more than two years ago with three aspects of the King Emeritus’ assets: the millionaire commissions he received for his involvement in the awarding of the works of the AVE to Mecca, the use of opaque cards revealed by elDiario.es and, finally, his relationship with several million hidden on the island of Jersey, as reported by eldiario.es.