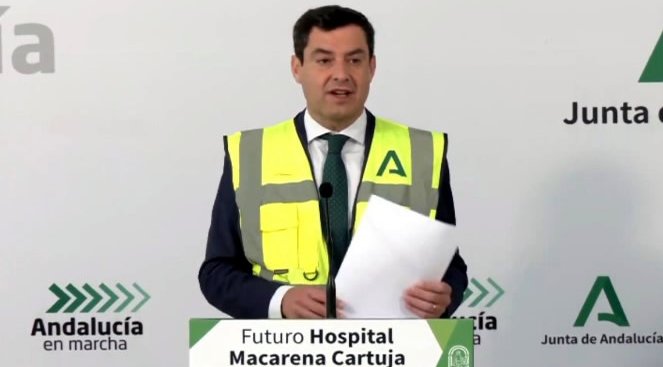 Sources from the regional Executive have informed Europa Press that Juanma Moreno, the President of the Junta de Andalucia has today, Monday, April 25, convened an extraordinary Government Council for 8:30pm.

After the meeting, Mr Moreno will appear publicly to report on his decision to call elections on June 19. The legal deadline by which to convene them on that date ends precisely this Monday.

Prior to the Governing Council, Moreno has summoned Juan Marin, the vice president of the Junta de Andalucia, and regional leader of Ciudadanos, to a meeting at the Palacio de San Telmo, at 6pm, to communicate the date of the elections, as has been publicly promised in recent days.

By opting for Sunday, June 19, Moreno will sign this Monday the decree dissolving Parliament, and calling for elections. According to the deadlines set in the Electoral Law of Andalucia, it must be published this Tuesday, April 26, in the Official Gazette of the Andalucian Government (BOJA).

The calling decree is not limited to setting the voting day, but also establishes the start date of the electoral campaign, which will last for 15 days. According to article 14 of the Electoral Law of Andalucia, the date of the constitutive session of Parliament will take place “within 25 days of holding of the elections”.

If the polls are to take place on June 19, it implies that the electoral campaign would start at 00.00 hours on Friday, June 3 and the constitutive session of the Andalucian Parliament would have a deadline of July 14.

Speaking today at a hospital in Sevilla where he was on an official function, he practically said goodbye to the press and thanked “if not the affection, yes the respect” that he has felt, as reported by granadadigital.es.