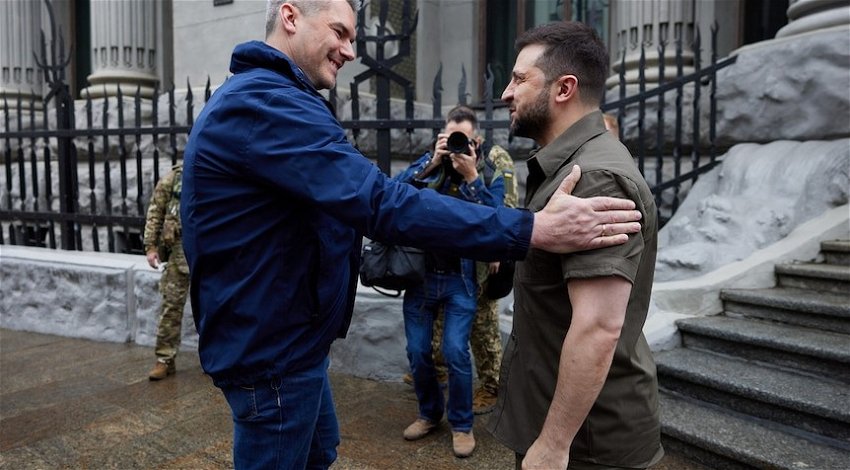 Ukraine has expressed disappointment after its hopes of joining the EU were dented by the Austrian Foreign Minister who said they should not be offered membership, but rather an alternative arrangement.

Alexander Schallenberg, speaking this morning said that Ukraine should be offered “a different way” ro connect with Europe, in comments that Ukrainian authorities have called “strategically short-sighted.”

Reported by Austrian publication Heute. Schallenberg said that the EU needed other models not just full membership and that some flexibility was needed. Justifying his position he said there are countries in the Western Balkans, who the EU calls “enlargement countries,” who have come a long way without full membership.

He added that was “militarily neutral, but not politically.”

Ukrainian news agency Ukrinform, says that the country had every reason to demand that its merits and the strategic role for the EU are recognised objectively quoting ministerial sources who said: “Without exaggeration, our state has become an outpost for the protection of EU security, European freedom and European values.”

Austria’s Chancellor Karl Nehammer met with Russian President Vladimir Putin to exhaust every possibility for ending the violence in Ukraine but he had said “it was a waste of time talking to him.”

A statement released after that meeting said Nehammer’s primary message to Mr Putin was “that this war needs to end, because in war both sides can only lose”.

Nehammer has also travelled to Kyiv to meet with Ukrainian President Volodymyr Zelenskyy.

Although the Autrian view is not good news for Ukraine it does not mean that the country will be denied membership, with the first step in the process being a meeting of the European Council to determine whether to grant such status. Only then will all EU governments have to agree unanimously to start the negotiation process.

It is not known what stance Austria will take at that point but it is likely to slow down the negotiation process as it explores its thinking with other members. The European Council is due to meet on June 23 and 24 at which time their stance and that of other member states will become clearer.

Although Ukraine’s hopes of joining have been dented its by no means the end of the road with EU membership a lengthy process, Croatia the latest to join having taken 10 years to be admitted as a full member.