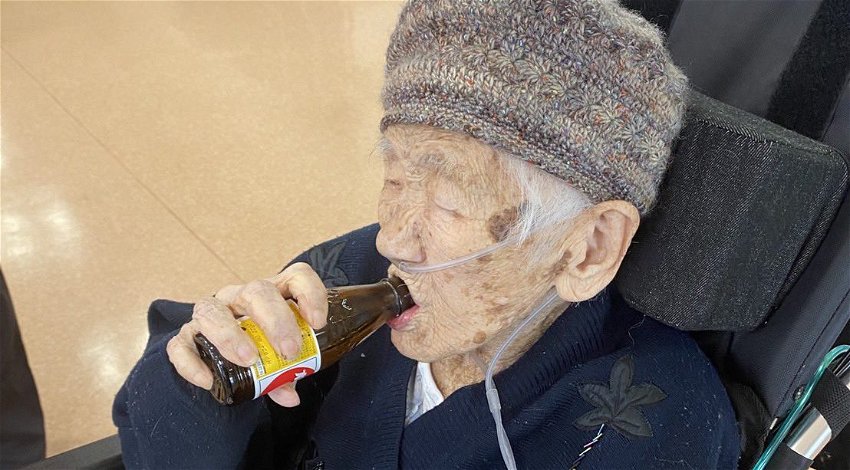 The World’s oldest person has died in Japan, a woman named Kane Tanaka at the age of 119.

Born in the region of Fukuoka, Japan on 2, January, 1903, Kane Tanaka went on to get married to Hideo Tanaka exactly 100 years ago in 1922, have four children, adopt a fifth, and run various businesses including two food-related dealerships, a noodle shop and a rice cake shop, as reported by France24.

Tanaka spent her last years at a nursing home, in good health considering her age, and took pleasure in playing board games, solving maths problems, drinking soda and eating chocolate.

Tanaka was even lined up to take part in the 2021 Tokyo Olympics, using a wheelchair in the torch relay but was unfortunately unable to do so due to the Covid pandemic. She was recognised as the oldest person alive in 2019 with Guinness World Records asking her what was the happiest moment in her life, to which she responded: “Now.”

“One of Kane’s favourite pastimes is a game of Othello and she’s become an expert at the classic board game, often beating rest-home staff,” Guinness stated.

“[Status report].
Thank you very much for your comment about Kako’s health condition 🙇♀️.
In fact, she has been getting sick more and more recently and has been in and out of hospital repeatedly.

Even in the midst of all this, she seems to want to eat Coke, Oronamin C and chocolate 😂🥤🍫.

We just hope that he is feeling a little better now 😢🙏.”

“I was looking forward to seeing Kane-san on this year’s Respect for the Aged Day (a national holiday in September) and celebrating together with her favourite soda and chocolate. I am extremely saddened by the news.”

According to data published by World Bank Data, Japan currently has the most elderly population in the World with 28% of its population being aged 65 or over.