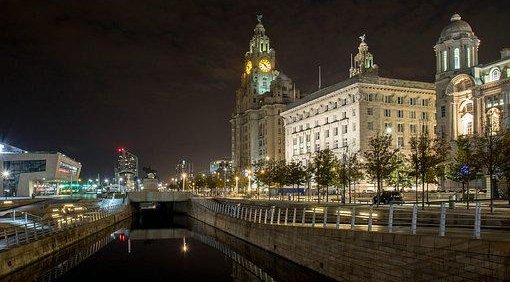 Karl and his half-brother Jamie Cunningham are alleged to have seen the video footage, armed themselves with knives and then headed to the home in Merseyside’s Halewood.

After entering the home and shouting at the intruders the dad is said to have stabbed 31-year-old intruder Jordan Brophy in the face and head leaving the blade embedded in his brain, as reported by The Mirror on April 25.

The court heard how Karl is said to have left the property briefly with his half-brother before returning and stabbing Brophy in the jugular.

The trial at Liverpool Crown Court began on Monday, April 25. Richard Pratt QC revealed: “The prosecution case is that this was not a case of a householder in a state of fear and panic, reacting in a moment of terror to what he believed to be real danger.

“This was a brutal and ruthless killing, whether it be out of revenge or punishment, of a defenceless man.”

The prosecutor explained: “As they entered, Karl Townsend can be heard to shout to the burglars to get out of his house or he’ll do something to them with the knife he’s carrying – the actual word is not clear, captured on an audio track to the CCTV footage.

“What actually happened inside the house is not captured by any camera.

“But 25 seconds after the two defendants enter the property, the burglars were seen to emerge from the back door, and Jordan Brophy was complaining that he could not see, and he had some sort of injury to his face in the region of his eye.

“There was a reason he could not see. Karl Townsend had stabbed him twice to the face and head.

“The stabbing actions were so severe that they smashed their way through bone and cartilage and in one case severed the optic nerve and entered the brain.

“Such was the thrusting action that the knife broke not once but twice, leaving broken parts of the blade embedded in his skull and brain of Jordan Brophy.”

He went on to add: “Now, I want to make it clear ladies and gentlemen that burglary is, of course, a despicable crime, and can cause misery to those who come back to find their homes have been violated.

“It must be even worse to find the perpetrators still in the house.

“But that cannot begin to justify this level of severe violence.

“But what is worse, is that even after he had stabbed Jordan Brophy with such force as to leave him with only the remnants of a broken knife in his hand, Karl Townsend had not finished.”

Brophy would have died from the brain injuries from the initial attack but the jugular vein injury “killed him almost instantaneously”, according to the prosecution.

The Liverpool-based trial will continue.