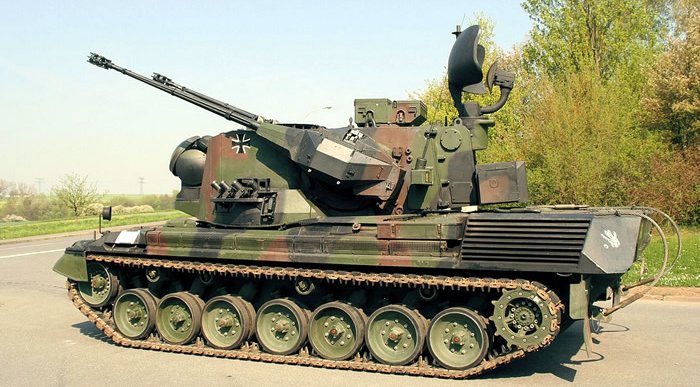 A few days ago, German Chancellor Olaf Scholz bluntly explained his decision not to send heavy weapons to Ukraine to assist them in the conflict with Russia, by assuring, “I will do what I can to avoid a Third World War”. However, now Germany has agreed to send tanks.

Today, Tuesday, April 26, during a conference at the US Rammstein base, Germany has made an incredible U-turn. Defence Minister Christine Lambrecht reiterated her commitment to Kyiv, and confirmed her authorisation for the shipment of Gepard-type tanks. She highlighted the “brutality” of Russian troops, while stressing the “need for coordinated aid to Ukraine”.

Gepard tanks are armed with two 35mm Oerlikon KDA automatic cannons, whose vertical firing sector ranges between 85º and -5º. Its horizontal firing is 360º, and all the movements of the turret are carried out by means of a motor, although in case of failure, they can be carried out manually.

This hardware is quipped with optical sights, and its cannons can be aimed and fired while the vehicle is operating off-road. They also have detection systems such as radars that are installed in the rear part of the turret. Its antenna can detect an aircraft up to 40km away and its weapons system can shoot at targets that are travelling up to 1500 km/h.

A total of 3,000 rounds of ammunition can be carried in the tank, of which, 2,500 are for anti-aircraft use, while the remaining 500 are for use against armoured vehicles.

Lambrecht oversaw an increase in the German military budget, along with the creation of a special fund of one hundred billion euros for defence spending, and arms shipments. She also authorised the shipment of Gepard tanks from the stocks of the Krauss-Maffei Wegmann (KMW) consortium.

Germany now joins the countries that have sent already heavy weapons to Ukraine in response to President Zelenskyy’s repeated pleas for the Ukrainian army to have ‘more powerful weapons’.

One of the first countries to promise to deliver tanks was the Czech Republic), while Turkey has guaranteed at least twenty Bayraktar TB2 drones. The Pentagon announced that it would be delivering 18 field howitzers with 40,000 rounds, 300 Switchblade ‘backpack drones’, and 300 armoured vehicles, as well as 11 Russian-designed MI-17 transport helicopters, as reported by larazon.es.