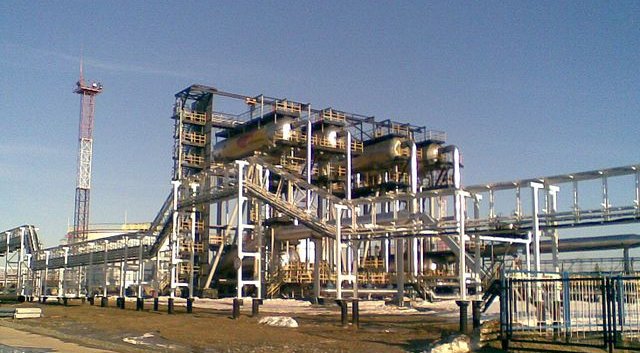 Russia’s largest producer Rosneft, has failed to sell oil in a mass tender on Monday April 25th after no offers were received. Rosneft had demanded payment in roubles.

The news confirmed to news channel Al Arabiya by five oil traders means that the country’s top oil produced will have to find another way to offload its oil stocks, most likely at discount prices in private deals with Asian countries.

The tender issued was for the purchase of 6.5 million tonnes of Urals, Siberian Light, Sokol and ESPO Blend oil that would be available for loading from Russian ports in May and June of this year.

Traders said that it was extraordinarily hard to meet the tender terms with Rosneft calling for 100 percent prepayment and in roubles. The added that even without the new terms, the sale would have been difficult as most European majors and even international trading firms are winding down purchases from Rosneft amid caution about Western sanctions.

Even countries that might’ve been expected to bid not do so with India’s state refiners saying the terms were too one-sided according to sources familiar with the issue. Other traders cited timing issues with the bid with the trading cycle for May stocks have ended roughly a montha go.

Sources close to the oil industry say that the: “Specific terms and a thin timeframe require individual negotiations.” They also confirmed that some of the volumes offered could be sold in private deals, whilst another source said that Rosneft’s goal was to “announce a rouble payment requirement to the market,” and that had been achieved.

The Rosneft oil tender which attracted no offers, closed on April 21. The awards had been expected to be announced on April 26.