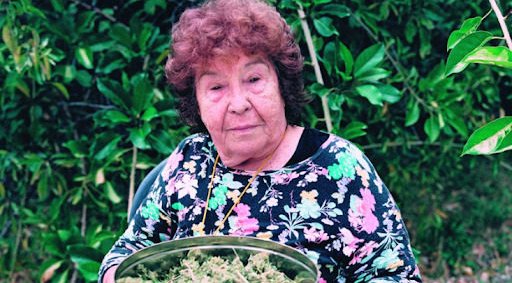 Fernanda de la Figuera, was known by many as  “Marijuana Grandma” , with the news of her death on Sunday, 24, April, causing grief within the cannabis movement and community, with tributes and messages flooding social media in remembrance of the activist, as reported by El Publico.

Fernanda de la Figuera began her fight for the cannabis movement in the 1970s, under the dictatorship of Francisco Franco, who coincidentally established a law in 1967, that still exists to this day, allowing cannabis to be grown for research purposes or medical production.

Speaking with El Publico in an interview a few years before her death, she stated: “I choose whatever I want to do. I’ve always been like that. I’ve worked in real estate, I speak three languages, I’m a feminist. I choose everything I want to do. I’ve always been like that”.  And with that rebellious, combative spirit, she founded the Ramón Santos Association for Cannabis Studies in Andalusia (ARSECA), organised the first cannabis tasting, meeting and training sessions ever held in Spain, in Cordoba  and later created the Marías for María association in Malaga with other women who needed to take marijuana to alleviate their pain or treat the effects of their illnesses.

She faced three different trials in her life, one in 1995, another in 2010, both times acquitted of all charges, but in her third and final trial in 2019, she was sentenced to nine months in prison at the age of 76, following a police intervention in 2014 in the garden that supplied the Marías por María women’s association.

Despite this, Fernanda continued her political fight, accepting the presidency of a political party, the first state-wide party formed with the express aim of achieving the regulation of cannabis in Spain, Luz Verde.  The Ministry of the Interior and the public prosecutor’s office decided to request the dissolution of the party in the National Court, but were unsuccessful  in their attempts.