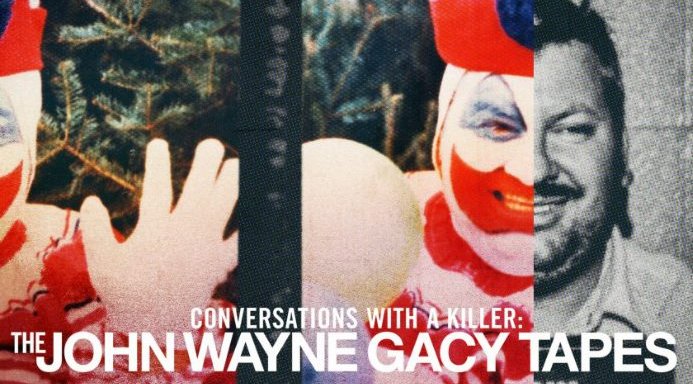 Thought to be the inspiration behind Stephen King’s Pennywise the clown, John Wayne Gacy was convicted of raping and murdering over 30 young boys and men in the 1970s. Now, this Netflix docuseries delves into his twisted mind, giving us access to the police tapes recorded at the time and video footage of the police officers digging up the crawl space under Gacy’s house where he buried his victims. This documentary series has an impressive 80 per cent critic rating and 80 per cent audience rating on Rotten Tomatoes and is a must-watch for lovers of true crime.

Following the disappearance of 18-year-old Robert Piest, a murder that Gacy ultimately confessed to committing, Gacy spoke at length to law enforcement officers. In a similar format to the incredibly popular Netflix series The Ted Bundy Tapes, it is these recordings, as well as interviews with police officers, talking heads and victims who managed to escape, that make up this chilling docuseries.

Although I am a lover of true-crime documentaries, television shows and movies, I did find this one quite hard to watch. The way Gacy talks about his sexuality and attraction to young boys, with the murders carried out during the Gay Panic of the 70s, it’s clear it was his shame that caused these horrifying murders to take place. Gacy was ultimately executed in 1994 and, coming from the horse’s mouth, it is disturbing to hear such atrocities made to sound so ordinary.

You can stream Conversations With a Killer: The John Wayne Gacy Tapes on Netflix now.