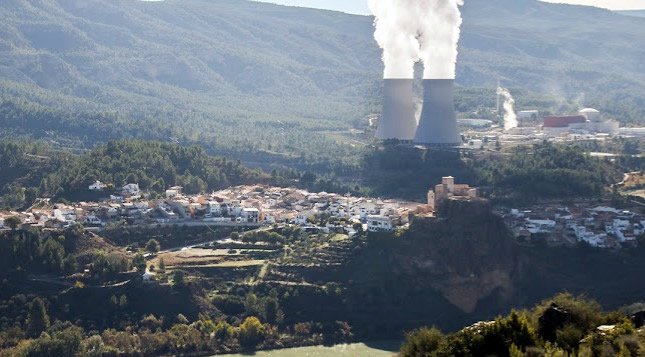 The Cofrentes Nuclear Power Plant, located in the Valencian Community, has reportedly suffered a new unscheduled shutdown this Sunday, April 24. It apparently occurred due to the increase of inputs into the Pozo Seco soil drainage sump.

According to the Nuclear Safety Council (CSN) report, this event has led to the disconnection of the power plant from the Red Electrica supply while the pertinent checks were carried out. The stoppage happened at around 3pm, and the classification of the event on an international scale has not yet been established.

No anomalous contributions have been identified so far, after the standard safety measures and checks were carried out.

“Before the specified values ​​could be reached, it was conservatively decided to start the shutdown of the plant, with the aim of carrying out a local inspection to be able to identify the potential contribution to the sink”, said the report.

On April 13, the plant was reconnected to the national electrical system network after a favourable report on April 6 by the Nuclear Safety Council. This was done with the authorisation of the Ministry for the Environment, following the technical modification proposed by the plant to correct the failure of the generation switch, notified on March 12.

Environmental group ‘Tanquem Cofrents’ has denounced this new unscheduled shutdown at the nuclear plant. They pointed out that it was the ‘third consecutive one in less than a month and a half, and the fourth since the end of the last refuelling and maintenance shutdown last December’.

As Tanquem indicated in a statement this Monday 25, by not detecting the possible leak in the first instance, the management of the plant has had to stop the plant to be able to inspect it more thoroughly.

According to the environmental group, this “succession of malfunctions and continuous failures had already led the CSN, even before this latest problem, to place the plant under special surveillance, and to demand an analysis of the causes of the repeated and frequent failures in the same systems”, as reported by valenciaplaza.com.