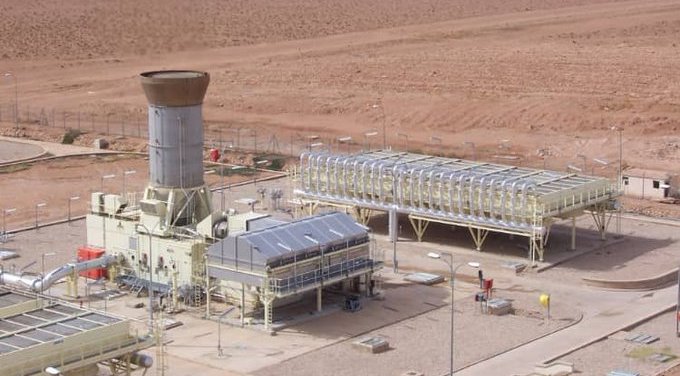 The tensions between Spain ratcheted up a gear today April 27th as Algeria threatens Spain that it will cut the country’s gas supply if any is diverted to Morocco.

The threat comes as the Spanish government seeks to reopen the Maghreb gas pipeline.

In its response the Pedro Sánchez government said that any gas shipped to Morocco will not be Algerian Gas, but gas that is procured from other suppliers.

The Algerian government in issuing the threat said: “Any transport of Algerian natural gas delivered to Spain, whose destination is none other than that provided for in the contracts, will be considered a breach of contractual commitments, and consequently, could lead to a breach of the contract that binds Sonatrach with its customers. Spaniards.”

A reply issued by Moncloa said: “Morocco has asked for support to guarantee its energy security on the basis of commercial relations and Spain has responded positively to its request, as it should do with any other partner or neighbour . With total transparency, Morocco will be able to acquire LNG on international markets, unload it in some peninsular regasification plant and use the Maghreb gas pipeline to reach its territory. In no case will the gas acquired by Morocco have Algerian origin.”

Tensions between the two countries are high following the Government of Pedro Sánchez acceptance of Morocco’s option for Western Sahara as viable and positive. That would see the recognition of its autonomy but under the control of Rabat. Algeria, who does not have diplomatic relations with Morocco, considers that the step taken by the central Executive favours its opponent in the region.

The Maghreb pipeline was closed in October last year after Algeria’s 25-year contract to supply Spain and Portugal expired. Spain informed Algeria today that it would pump gas the opposite direction using the pipeline, which runs through Morocco.

Algeria remains the number one supplier of gas to Spain, considered a more stable supply due to the crisis in Ukraine. However the ongoing feud between Morocco and Algeria could result in that changing. The two countries have a long history of strained relations starting with War of the Sands in 1963 while in the Cold War each country was allied with one side.

That situation was made worse by Morocco’s recognition of Israel in return for their recognition of Morocco’s sovereignty over Western Sahara. That sour relationship now stands to threaten and possibly cut Spain’s gas supply if any Algeria supplies are diverted.