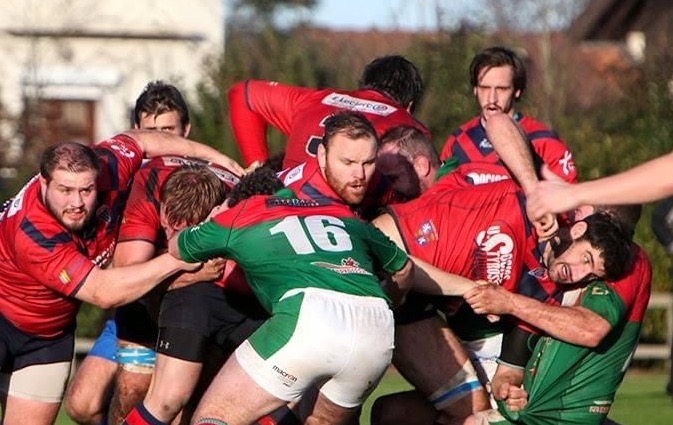 Esteban Noriega, son of Patricio Noriega (former Los Pumas player and 1999 world champion with the Wallabies), collapsed in the 70th minute of the game on Sunday, April 24.

UPDATE 5.21 pm (April 27) – ESTEBAN Noriega, the 32-year-old son of former Wallabies world champion Patricio Noriega, has woken from his coma after suffering a cardiac arrest during a French rugby union game on April 24.

A statement from Argentinian’s family on Tuesday, April 26 read: “Friends and supporters.

“Perrine [his partner] and the Noriega Family are pleased to announce that Esteban is out of a coma.

“They want to thank the people present for helping him during the accident and also thank all the brands of affection and support towards him.”

“Thanks again for keeping us in the loop. Good recovery to him above all. A big thought to all his loved ones and to the club as a whole in this very special time,” one person on Facebook said.

“You better wake up big boy we been waiting on you impatiently,” another wrote.

Another person said: “Cool for him and y’all…. We were very scared and very sorry for him and all of you… Get well soon and stay strong.”

One person wrote: “Good recovery to him, and always a big thought for his wife and family for whom this moment must have been particularly painful, this is nothing but a bad memory. Good luck.”

Noriega, who plays for Union Rugby Gascon, fell to the ground late in the game on Sunday, April 24 as his team faced Marsacq XV in the Aquitaine League.

Following his collapse, the match was immediately stopped and the referee called for an ambulance, according to the French outlet Rugbyrama.

During this time, a defibrillator was located at a nearby village hall and two off-duty nurses performed life-saving CPR using the defib.

”The fact that we had a defibrillator nearby undoubtedly saved him,” Noriega’s manager Olivier Courrègelongue told Rugbyrama. “Players from both teams formed a barrier while Esteban received treatment.”

The son of Patricio Noriega was then airlifted by helicopter to Bordeaux University Hospital and was placed in an artificial coma before he underwent surgery on April 24 for two clogged arteries.

Following the incident, Marsacq XV coach, David Etcheverry, said at the time: “Everyone is in shock but obviously united, we are all by his side. We had his father Patricio Noriega on the phone, we tried to reassure him and we gave him our support come what may.” Let it come… We are all together in this event, we are waiting for good news.”

The latest reports from France suggest that the player has remained in hospital following the surgery.

One of Esteban’s former clubs, UST Rugby, reacted to the news: “UST Rugby sends its greatest support to Esteban NORIEGA, as well as to all his relatives. Passed to the club during the 2014-2015 season, unfortunately, he suffered a cardiac arrest during a meeting. Strength to you Esteban!”

Noriega’s club confirmed that training would be dropped this week.

“This week we are going to drop training unless the players want to train, we will meet again next week,” Courrègelongue said.

Their opponents on April 24 have adopted the same approach, noting: “We have a firefighter within the club who offered the players to talk about it, we must not hesitate.”