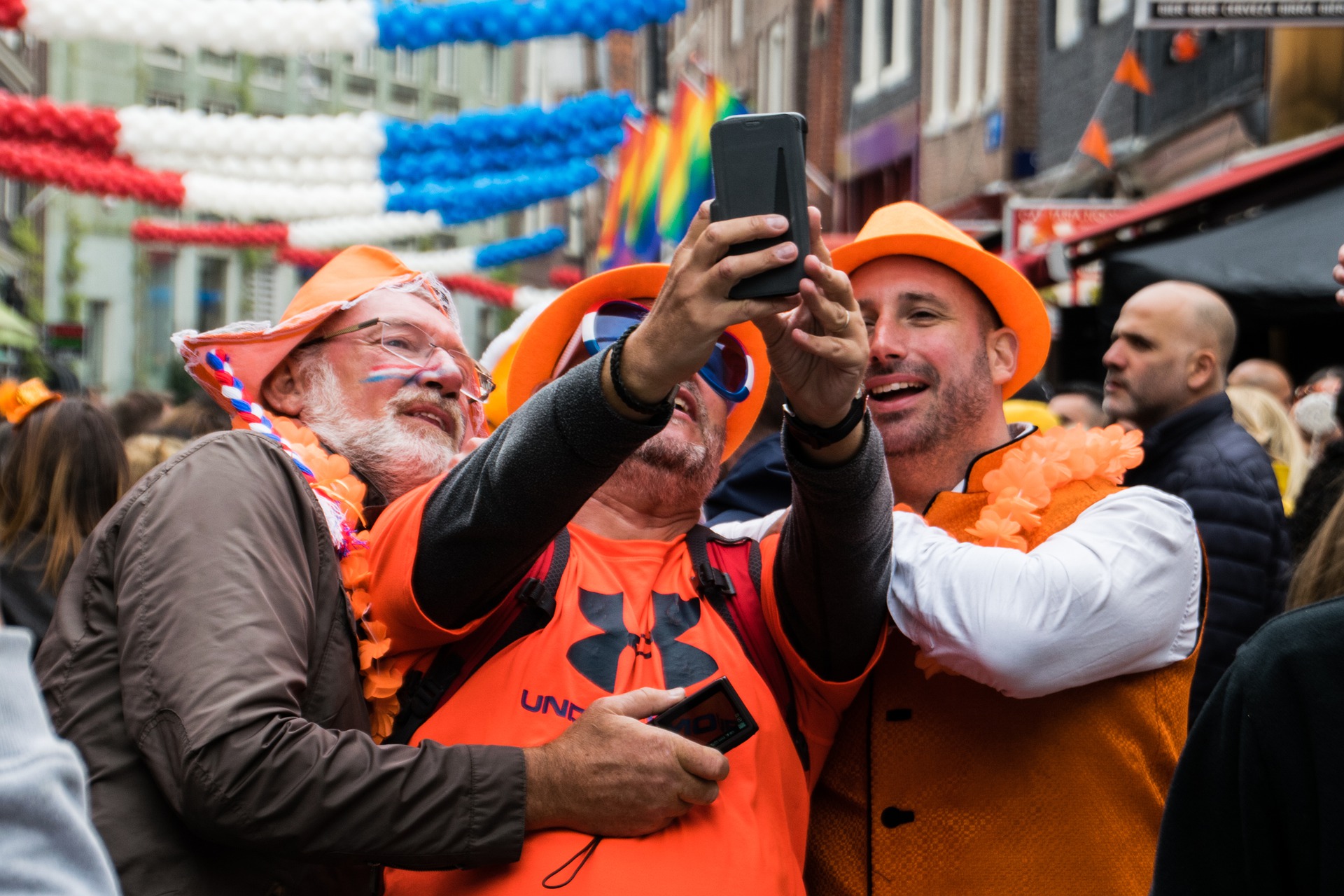 Holland has started their celebrations on the national holiday of King’s Day.

What is King’s Day? According to Holland’s official tourism website: “King’s Day is when the Dutch celebrate the birthday of their king. King Willem Alexander was born on 27 April and so there are many parties, flea markets and, of course, the King himself visits one or several cities with his family.” The day first officially became King’s day in 2014, starting out as Princess’ day with Princess Wilhelmina, in 1885, then changing to Queen’s day, as she became Monarch, with Queen Juliana and then Queen Beatrix following the tradition.

To celebrate this occasion Dutch nationals and tourists alike across the whole of Holland, don orange clothing, in honour of the Dutch Royal Family bearing the name “House of Orange”, toast orange bitter, and celebrate at various parties and flea markets. Interestingly sellers require no permits on King’s Day, leading to various pop-flea markets and individual sellers flooding the Dutch streets.

Due to the Pandemic, selling and live music was banned on King’s day, both in the Nation’s capital of Amsterdam as well as in other cities. A spokesman for KHN hospitality industry stated: “People now want to enjoy themselves again and our members can’t wait to welcome them on Koningsnacht (Tuesday evening) and on the day itself,’ a spokesman for hospitality industry KHN said.

To make sure train services run on time, as well as adding new train services for the big event, Holland’s railway company NS has brought in hundreds of extra workers and cleaners, with the company reportedly expecting  200,000 people to head to Amsterdam for the day, according to a spokesman who spoke with the Dutch news website Nu.nl.

Amsterdam’s city council has issued strict rules on the purchasing of alcohol during today’s celebrations stating: “For many people, a party includes a drink. But excessive alcohol consumption can lead to unsafe situations and problems. That’s why Amsterdam tries to limit excessive alcohol consumption as much as possible. Make sure that you do not have more than 1 piece of alcohol with you on the street. ” Strict rules on the sale of alcohol have also been applied to cafes, bars, shops and private sellers.