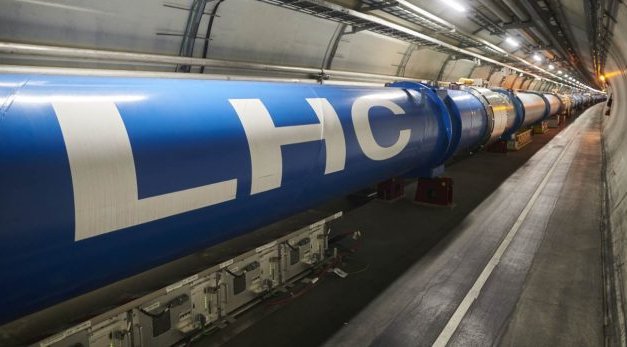 Restarted on April 22nd, the collider has since circulated two beams of protons in opposite directions at a record energy injection of 450 billion electron volts (450 GeV).

Head of CERN’s Beams department, Rhodri Jones said: “These beams circulated at injection energy and contained a relatively small number of protons. High-intensity, high-energy collisions are a couple of months away.

“But first beams represent the successful restart of the accelerator after all the hard work of the long shutdown.”

The restarting of the collider is the beginning of preparations for four years of physics-data taking that is expected to start this summer.

CERN’s Director for Accelerators and Technology, Mike Lamont said: “The LHC itself has undergone an extensive consolidation programme and will now operate at an even higher energy and, thanks to major improvements in the injector complex, it will deliver significantly more data to the upgraded LHC experiments.”

Once at full speed the collider is expected to break even more records with the energy and intensity of the beams expected to deliver up to 13.6 trillion electron volts (13.6 TeV).

So what you might ask. Well the increased energy coupled with a new specialised detector, ALICE, scientists will be able to record up to 50 times more ion collisions. That means being able to study the Higgs Boson, the fabled God Particle, in greater detail putting the Standard Model of particle physics and its various extensions to the most stringent tests yet.

Most importantly the new tests will improve physicists’ knowledge of cosmic-ray physics and the quark–gluon plasma, a state of matter that existed shortly after the Big Bang – hence the name the God Particle as scientists believe this is where everything that we know started.

For most the Hadron super collider is something that we struggle to understand, but for scientists trying to find the origins of our universe its reboot is critical to their studies.