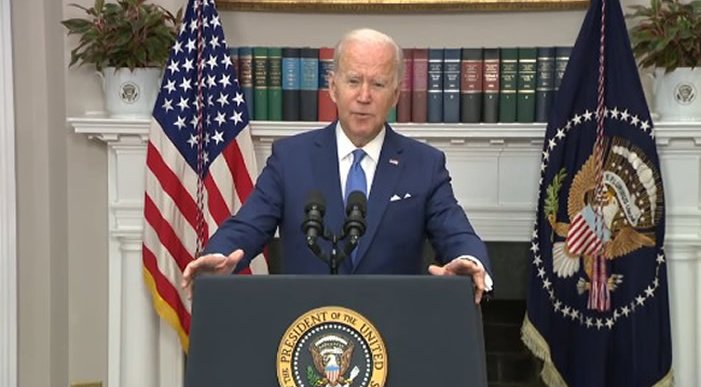 US President Joe Biden, speaking from the White House today, Thursday, April 28, revealed that he is working on a legislative package that will allow the American Government to sell off all the assets that have been seized from Russin oligarchs.

This would include all the luxury properties and yachts, and the proceeds could then be utilised to help pay for humanitarian and military aid in Ukraine. “We’re going to seize their yachts, their luxury homes, and other ill-begotten gains of Russian President Vladimir Putin’s kleptocracy. These are bad guys”, he declared.

He explained that this new legislation would “create new procedures of forfeiture and seizure of these properties, and it’s going to assure that when the oligarchs’ assets are sold off, funds can be used directly to remedy the harm Russia caused and help build Ukraine”.

Current funding for Ukraine is known to be running out, so the sale of these assets would be welcomed as part of the President’s recent call for Congress to provide an extra $33billion (€31.4b).

“The cost of this fight is not cheap, but caving to aggression is going to be more costly if we allow it to happen”, Mr Biden continued. “We either back the Ukrainian people as they defend their country, or we stand by as the Russians continue their atrocities and aggression in Ukraine”.

“We’re not attacking Russia – we’re helping Ukraine defend itself against Russian aggression”, he added, stressing that the US had no intention of sending troops to intervene.

Since sanctions were imposed on Russia, it is believed that luxury boats with an estimated value of more than $2.5billion have been seized worldwide since Russia began its full-scale invasion.

The House of Representatives voted 417-8 yesterday, Wednesday 27, in favour of permission being given to sell these assets off, as reported by metro.co.uk.